Applied Graphene Materials has announced that its graphene primer product is now on sale at Halfords, the UK's leading retailer of motoring, cycling and leisure products and services. 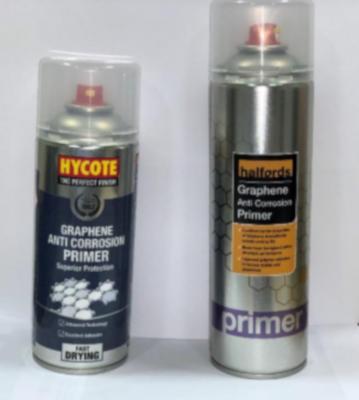 James Briggs (JBL) has also launched its Hycote graphene anti-corrosion primer, developed in collaboration with AGM, for sale on Amazon, and through Tetrosyl Express, the largest supplier of car care, parts and accessories in the UK.

The launch of a product enhanced with AGM's graphene to the mainstream consumer market represents a significant milestone for the Company.

Adrian Potts, Chief Executive Officer of AGM, said: "This is a landmark moment for AGM. The fact that a leading mainstream retailer is now advertising and selling a product with AGM's graphene in it, both online and instore, gives a clear signal of the confidence that paint formulators and their customers now have in the exceptional performance benefits and value opportunity, as well as the stability and long-term reliability, of our graphene products."

Jim Miller, Commercial Director at JBL, commented: "We are delighted to launch these ground-breaking products into the market. They have been received very positively in the marketplace and will offer the end user significant benefits over and above existing products in the market, as well as adding value to our customers' propositions."

The key advantage of the new aerosol primer, as advertised to consumers, is the exceptional corrosion protection (1750+ hours ASTM G-85), that has reportedly resulted from the incorporation of AGM's graphene dispersion. As a zinc-free primer system, the paint also has positive environmental and performance features. JBL formally launched its Hycote anti-corrosion automotive aerosol primer at the Automechanika trade event earlier in 2019 following extensive and rigorous testing of the product with AGM's technical team. AGM expects JBL to continue to ramp up sales through both their distribution channels and direct retail selling based on growing consumer demand.

Will you kindly let us know as to:

1. How much surface area in Sq. Mtr a 400 ml bottle of Hycote Graphene Anticorrosive primer will cover?

2. Can it be delivered to India?