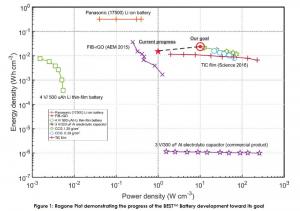 FGR supplied the following highlights: a pilot production line for manufacturing the BEST Battery has been set up, able to manufacture a commercial prototype of BEST Battery that reportedly meets the industrial requirements and standards. It was said that the single layer BEST Battery is able to hold LED light for 15-20 minutes on only several seconds of charging time, and that an eight layer prototype was achieved. Scale-up work is continuing with steady improvements in performance, as does the optimization of design aspects and processes. FGR reports the use of raw materials to improve efficiencies in both cost and performance. Also reported were prototype designs for graphene-based flexible smart watchbands that will reportedly offer great advantages over existing watches in weight, charging times and battery life.

The BEST energy storage device promises to be chargeable in a fraction of the usual time and be fit for purpose for at least 10 times the life of existing batteries. It will be significantly safer and more environmentally friendly. All these improvements are reportedly made possible because the science relies on physics rather than chemical reactions, and on the remarkable properties of graphene materials.

The table below (by FGR) provides an interesting comparison of key operating parameters of the BEST Battery alongside existing lithium-ion batteries and existing supercapacitors available in the market. What is particularly noteworthy is the 10x increase in the energy density expected for the BEST Battery, when compared with supercapacitors currently on sale, and the much lower cost per Wh. 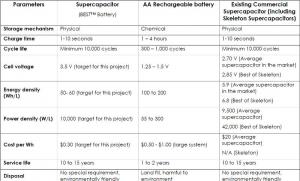 While the exact details of the design and construction of the BEST Battery are kept confidential by FGR for reasons of commercial security, it disclosed that the process of manufacturing the battery involves the use of lasers to create nanopores in graphene-based materials which achieve energy densities more than 10x as great as the pre-existing technology. Practical matters being addressed include the scaling up to the size of the battery from simple laboratory demonstrations of the effectiveness of the science, to devices which will be effective substitutes for batteries used in a wide range of hand held consumer products.

The reported research also involves the development of flexible batteries for smart watches which can be incorporated into the watchband itself. These will be light-weight and flexible, they will be able to be recharged in 1-2 minutes, and they will be fit for purpose for many tens of thousands of cycles. Information will be displayed not only on the watch face, but also on the band itself. 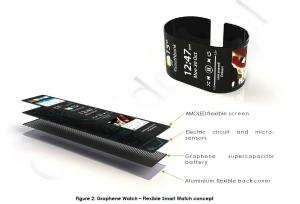 FGR exaplined that while it is intended that the BEST Battery development program will eventually provide suitable substitutes for many existing devices, it will also provide batteries for new, innovative purposes. The thin profile of the battery and its flexibility will make it suitable for use in clothing. It could also be integrated into smart watch bands, as an example, rather than having a solid block configuration. It is already said to be showing excellent ability to convert kinetic energy into stored energy due to the speed at which it can charge i.e. simple movement of shaking can recharge the Battery.