In May 2015, researchers at Northwestern University designed a method to print 3D structures using graphene nanoflakes, by developing a graphene-based ink that can be used to print large, robust 3D structures. This fast and efficient method may open up new opportunities for using graphene printed scaffolds and various other electronic or medical applications. Also in May 2015, researchers at Michigan Technological University progressed in their work to 3D print replacement nerves using 3D bioprinting techniques. The team has developed polymer materials that can act as a scaffold for growing tissues and is working on integrating graphene as the electrical conductor.

In March 2015, U.S-based Local Motors declared plans to 3D print vehicles within 12 hours, reinforcing extruded printed material with graphene. The company reported significant progress in its additive manufacturing technology since it unveiled its Strati vehicle. The company was looking to reduce the print time to 12 hours, with a four to five-hour assembly time, and had been speaking to a Korean firm about sourcing graphene for extruding in composite 3D printing materials.

A 12X12 meter 3D graphene-fiberglass printer was unveiled by Qingdao Unique Products Develop during a trade show in China. It is meant to print building in the future, according to the company, using a fiberglass-graphene composite that will allow the creation of very strong objects. 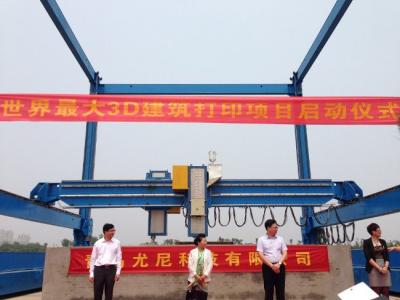 Grafoid, a Canadian based company, signed an agreement with Altamat to construct an atomization facility to produce MesoGraf graphene-based powders and filaments for 3D printing for use in a wide range of functionalized powders for 3D printing applications. Grafoid hopes to supply a wide range of Mesograf-based powders and filaments that will allow manufacturing companies in every industry to utilize additive manufacturing processes to produce their end products on demand, not solely for prototyping purposes.

Australian company 3D Graphtech Industries, established by CSIRO organization to investigate research opportunities in 3D printing using graphite and graphene inks, will jointly perform a white-paper study to identify technological problems in the 3D printing market that can be solved in an R&D program to provide a commercial solution.

US based AGT launched a similar research project in collaboration with Ukraine's Kharkiv Institute of Physics and Technology ("KIPT").

Together, the two startups will develop an electrically conductive powder, tailored for Gravity – the SLS 3D printer by Wematter. The high-performance powder will enable Telecommunications, Aerospace and Automotive manufacturers to print parts with improved or maintained mechanical properties whilst achieving electrostatic dissipative (ESD), shielding, or even lower resistivity, performance. 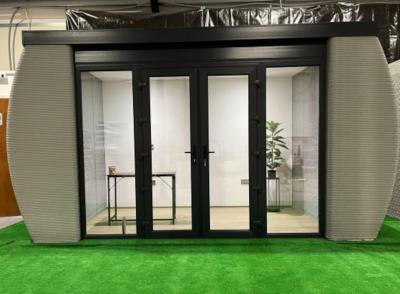 The launch involved Neill Ricketts, CEO of Versarien, unveiling a building printed with Cementene, at the Company's production facilities in Longhope, Gloucestershire. Known as Versarien Lunar, this is a milestone project for a 3D-concrete printed product with a graphene additive. The versatile pods can be used as an office, studio, gym, or leisure room. The pod's wall design shows the level of detail, flexibility and precision that can be achieved with 3D-concrete printing.

Researchers from China’s Harbin Institute of Technology have 3D printed a soft robot from graphene-oxide that is capable of moving backward and forwards when exposed to moisture. 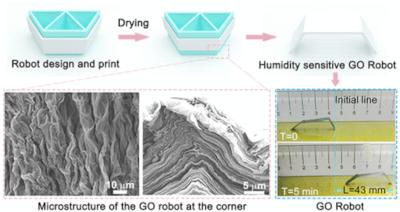 Poland-based Advanced Graphene Products S.A. (AGP), a graphene flakes and sheet developer, announced that it will go public, with a listing on the NewConnect market, on November 29th.

AGP has an annual capacity of 100Kg for graphene flakes and 150 m2 of large-area graphene sheets. The company is currently preparing to launch a pilot sale of a graphene-based filament for 3D printing.

The market reaction, though, to these materials was cool. The materials did not provide a significant improvement, the price was high, and there were better alternatives available.