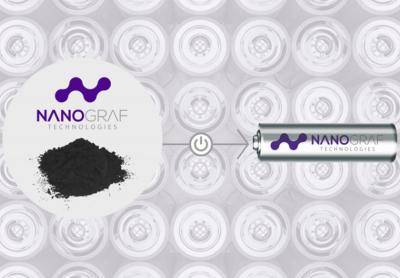 In light of the rising interest in graphene-enhanced batteries, and Nanograf's advances in this field, Graphene-Info was glad to exchange a few words with Dr. Francis Wang, Nanograf's CEO, to get a better image of the company's tech and future plans. Dr. Wang has accumulated over 20 years of experience in technology innovation and commercialization in the energy storage and clean energy spaces. Prior to NanoGraf Technologies, Wang was a founder and Director of Energy Storage Center at the National Institute of Clean Energy in Beijing, China. He has held positions in some of the world's largest battery, consumer products and energy companies, including Duracell, Procter & Gamble, Gillette, Boston Scientific and the Shenhua Group. 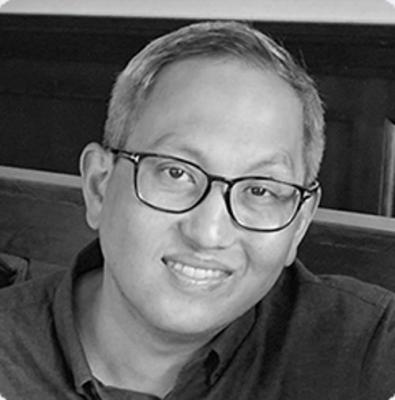 Q. What is NanoGraf? (And does the “Graf” come from “graphene”?)

A. NanoGraf is an advanced battery material startup that has patented a new kind of silicon-based anode for lithium-ion batteries which leverages graphene to overcome traditional technical challenges with silicon. (An anode is the negatively-charged electrode in a lithium-ion battery.)

Without getting too into the weeds, the innovation that we’ve patented allows for more powerful, longer-lasting batteries, for electric vehicles, consumer electronics (like smartphones, smart watches, vacuum cleaners, and power drills) and someday the grid.

Our patented silicon-graphene composite allows a lithium-ion battery to be 30% more energy dense, and to run up to 30% longer. To use a real-world example: An electric car today can last about 350 miles (563 km) before needing to be recharged. With our technology, that same battery will power the car for 460 miles (740 km), which is a significant improvement considering the range anxiety many consumers have.

We’re working with some of the largest auto manufacturers in the U.S. on research and development into the next generation of electric vehicle batteries. The U.S. Advanced Battery Consortium (USABC), which is a partnership between Fiat Chrysler, Ford, GM and the U.S. Dept. of Energy, has provided us with $11.5 million in funding for these efforts. We’re tremendously excited by the opportunity to work with these companies towards the goal of making electric vehicles more appealing to consumers.

NanoGraf was born in 2012, out of Northwestern University and Argonne National Labs, which both have a long history of materials innovations. We remain headquartered in Chicago, and we have a manufacturing plant in Japan, and a satellite office in Silicon Valley.

Q. How do you use graphene? What does graphene allow you to accomplish?

A. Silicon-based anodes have long been touted as a replacement for graphite in lithium-ion batteries. However, silicon-based alloys have a peculiar implementation challenge in that they can expand by more than 200% when they are charged.

After many charge and discharge cycles (i.e., expansion and contraction), the materials begin to crack, and the battery performance subsequently degrades. Scientists at NanoGraf contemplated whether graphene’s unique 2D planar geometry, coupled with its stellar electronic properties, could enable higher energy density silicon anode materials. Graphene’s 2D shape and flexibility are utilized to minimize surface reactions that result from the expansion and subsequent cracking.

Q. When did NanoGraf start using graphene? What were the properties of graphene that first attracted NanoGraf to it?

A. We’ve been using graphene since day one. Our founding team saw its advantages in other industries and recognized the tremendous potential it had for batteries. Although graphene is most famous for its electrical and thermal conductivity properties, our scientists were originally drawn to graphene’s 2D sheet-like morphology which can help accommodate the large expansion of silicon upon charge. Sheets of graphene coat or wrap the silicon particles and slide as the silicon expands and contracts.

Q. Would you please give a short review of the currently used anode materials in the battery industry? And how is graphene better?

A. The lithium-ion battery industry’s incumbent anode technology is graphite, which is comprised of many sheets of graphene. Graphite, unlike graphene, is electrochemically active, meaning that graphite is able to store electrical charge. To be clear, graphene is not, for all practical purposes, used to store charge and should not be considered an anode material. There may be future capacitor-like applications that leverage graphene as an electrode material, but to date, the mention of graphene, in the context of batteries, usually refers to graphene being used as a conductive additive, rather than a means of energy storage.

Q. Are others in the industry using graphene? Do you see it being adopted more?

A. There are others in the industry trying to use graphene in batteries, however, most focus only on the electrical conductivity properties. There are cheaper materials (such as carbon nanotubes) that make good enough solutions, solely from a conductivity viewpoint. But it doesn’t make sense to only leverage graphene’s conductivity. NanoGraf has been utilizing the 2D architecture and long aspect ratio of graphene sheets to solve electrical disconnection and surface stability issues that arise as the material cycles. Due to this architecture and the ability for sheets to slide amongst themselves, our technology helps to mitigate stability challenges and provides better protection of the underlying silicon-based material. Graphene can be more readily adopted if its unique shape is played upon, but if people continue to use it only for electronic conductivity concerns, it is not a cost effective solution.

Q. Mercedes recently unveiled an electric vehicle battery that’s made with graphene, which is fully compostable. What’s your take on that?

A. The compostable “battery” that Mercedes-Benz announced in January looks to be an impressive feat. The battery, which uses organic cell chemistry, graphene and a water-based electrolyte, can reportedly biodegrade in a way that’s safe for the environment. It also has a high energy density of 1,200 Wh/litre and can be fully charged in 15 minutes. These innovations, if able to store charge for long periods of time, are extraordinarily promising, but it’s important to note that new battery systems / chemistries only come along every several decades or so.

Q. Are any of the major electric vehicle manufacturers planning to use graphene in their batteries?

A. There have been some rumors that Tesla is making a graphene battery, but no one has been able to confirm it.

And there are some startups working on making batteries with graphene components that could be used in electric vehicles, but they don’t seem to have gotten to the point where major auto manufacturers are making plans to implement them.

Q. How is COVID-19 affecting the battery industry?

A. The coronavirus pandemic has put a spotlight on the fact that, here in the U.S., we don’t manufacture certain crucial products anymore. This is very notable with the production of pharmaceuticals and ventilators. It’s estimated that close to 80% of the basic ingredients in many of the most popular prescription drugs come from China and India.

The situation is similar for lithium-ion battery production. In the past, that production was more or less evenly split between Japan, Korea and China. More recently, though, it’s shifted to China. Today, about 60-70% of lithium-ion batteries are made in China. That’s good for China, since they’ll soon be the largest producer and the largest consumer of electric vehicle batteries, for example. But it’s not great for Europe or the U.S., which don’t have nearly the same battery production capacity, and which aren’t always on amicable terms with the Chinese government, which makes doing business problematic.

The U.S. and Europe are making great efforts to ramp up domestic energy storage capabilities, with the goal of becoming less reliant on China for energy storage devices like batteries. But those efforts will take time to bear fruit.

Q. What’s your vision for NanoGraf’s tech in the next five years?

A. We aim to be the leading silicon anode producer in the world over the next five years. We believe that silicon anodes will be a central driver in battery performance over the next decade, and in turn, a central driver to future electric vehicle and grid scale energy storage advances. Our team is working overtime to turn our ideas into commercial realities and lead the way towards a cleaner more sustainable world.