» Students use pencil and paper to create strain and... 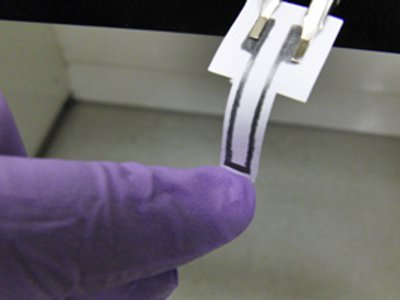 The students had a discussion about the conductive properties of graphene. They realized that when you draw a line on a piece of paper with a pencil, the pencil's graphite sheds numerous graphene sheets. They started exploring what these graphene sheets can be used for, and the first thing they tried is making a basic electrode.

The students found out that if you curl the paper in one direction, it increases the conductivity (because the graphene particles are compressed) while curling in the other direction decreased the conductivity. So this is in fact a simple strain sensor. 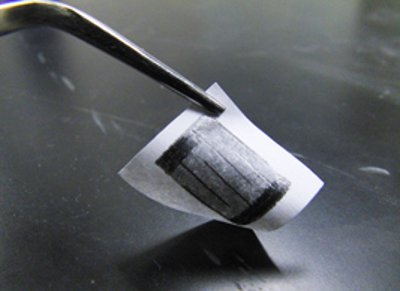 In a second experiment, they used bendable toy pencils in which the graphite is mixed with a polymer binder (instead of the normally used clay). When they created an electrode with this pencil, they found out that the conductivity was affected by the presence of volatile chemical vapors (because the polymer binder absorbs the vapors and expands, which decreases conductivity), such as those from toxic industrial solvents. So this can be made into a simple chemical vapor sensor.