Skeleton Technologiesâ SkelCap line of ultracapacitors are based on patented technologies of ultracapacitor design and advanced nanostructured carbon allowing for higher energy and power density than competitors. The company has devised a process that uses silicon carbide to make what they call "curved graphene".

Skeleton is reportedly working on increasing the manufacturing capacity for the GrossrÃ¶hrsdorf production facility from half a million to about 1,000,000 supercapacitors per year in 2020. In terms of footprint, the current 3,500 square meters will be double to about 7,000 square meters by 2020.

In 2020 Skeleton Technologies raised â¬41.3 million ($48.5 million) in Series D financing round, bringing its total capital raised to over $109 million.

In September 2020 it was reported that Skeleton Technologies is developing a graphene-enhanced âSuperBatteryâ, and that company signed a â¬1 billion letter of intent with a leading automotive manufacturer to bring the technology to market, most likely in 2023.

In August 2015, Skeleton entered the commercial truck fleet market when it launched a graphene-based device that helps truck drivers start their engines after long periods of inactivity or in cold weather. In July 2016, Skeleton Technologies announced that it will join French firm Flying Whalesâ programme to build a 60-ton Large Capacity Airship, or LCA60T, for the global transport market. In 2020 Skeleton signed a large-scale contract with Medcom to deploy its supercapacitors for Warsaw's Tram network.

In 2019 Skeleton Technologies stated its plan to invest â¬25 million in its plant located in the German state of Saxony. With this investment, Skeleton aims to expand its research and development as well as scale its production.

Estonian startup Skeleton Technologies is reportedly developing a graphene-enhanced SuperBattery that can be charged in just 15 seconds, and can go through hundreds of thousands of charge-recharge cycles without degrading. It was also reported that Skeleton recently signed a â¬1 billion letter of intent with a leading automotive manufacturer to bring the technology to market, most likely in 2023 according to Taavi Madiberk, founder and chief executive of Skeleton.

This will be a key enabler of the energy transition, says Madiberk. In most cases we see that batteries are not able to fully replace the older technologies â we still have hybrid vehicles or the need for backup generators.

Skeleton Technologies, European developer of graphene-based supercapacitors announced that it has signed a large-scale contract with Medcom to deploy its supercapacitors for Warsaw's Tram network. 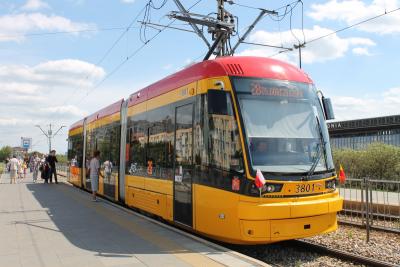 Skeletons supercapacitor systems are situated onboard trams and provide energy savings by recuperating braking energy and reusing it for acceleration - and significantly decreasing the total energy consumption significantly. The system also protects the grid infrastructure as it shaves power peaks.

Skeleton Technologies, European developer of graphene-based supercapacitors and energy storage systems for transportation and grid applications, will supply supercapacitor systems to Å koda Electric, a traction equipment manufacturer, for 114 trams to be delivered by Å koda Transportation to Mannheim, Heidelberg, and Ludwigshafen in Germany.

The system recuperates the braking energy of the trams and uses it for re-acceleration, saving energy and decreasing costs. Supercapacitors are ideal for this application due to their high efficiency, reliability, and ability to recharge in seconds.

A study led by John Heinzel from the US Naval Surface Warfare Center in Philadelphia, along with researchers at the University of Texas at Arlington, has compared the performance of supercapacitors from four different manufacturers: Maxwell, Ioxus, JM Energy, and Skeleton. Of the four tested, only the Skeleton supercapacitors are graphene-enhanced.

The team studied cells from the four different manufacturers under high pulsed load conditions to measure their power density into low-impedance loads. The researchers found that the Skeleton cell far outperformed the other cells tested, and graphene was mentioned as the probable cause for this efficiency.

Skeleton Technologies, an Estonia-based company that produces graphene-based supercapacitors and energy storage systems, is to invest €25 million in its plant located in the German state of Saxony. With this investment, Skeleton aims to expand its research and development as well as scale its production. 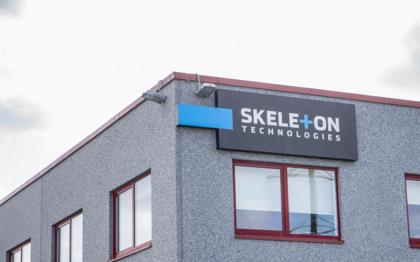 "In 2017, we announced our first stage in Saxony — €6.2 million were invested in the production of ultracapacitors in Großröhrsdorf," Skeleton co-founder and CEO Taavi Madiberk said in a press release. "We have successfully entered the market and helped save fuel and reduce emissions from buses, trucks, railway vehicles and industrial machinery".

The demand to reduce CO2 emissions in city centers is one of the key drivers for WrightBus to implement new technology which cuts such emissions by saving fuel. The integration of graphene-based supercapacitors into test WrightBus double deck buses reportedly enables a 36% fuel saving compared to a UK-based EuroVI diesel bus baseline. It also adds at least another 3 passengers to the capacity of these buses compared to a lithium battery-based hybrid equivalent.

Skeleton Technologies has announced the signing of a distribution agreement with Sumitomo Corporation Europe, with the aim of providing energy storage solutions for the rapidly growing hybrid electric and electric vehicle industry.

In electric vehicles, graphene-based supercapacitors can be used in tandem with lithium-ion batteries, doubling the battery lifetime and downsizing the cell receiving the peak power from supercapacitors and the long-term energy from the batteries. 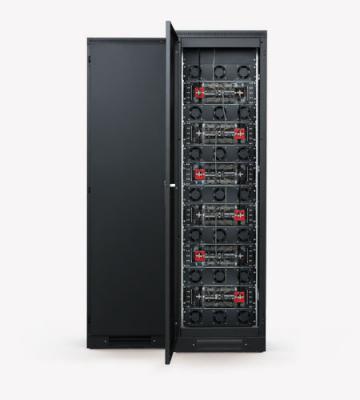 SkelGrid is said to provide the highest power and energy density on the market in the industry standard electrical cabinet or container format. The SkelGrid product family is based on SkelRack modules, which can be installed in industry standard 19, 600mm deep cabinets, and in 20 or 40 ft. containers to provide short-term power at the megawatt level. The SkelGrid family has maximum power ratings ranging from 520 kW up to 1500 kW, and as a modular product, its components can be configured according to customers’ needs.

Skeleton Technologies, developer and manufacturer of high energy and power density supercapacitors, has announced launching a new graphene-based engine start module to help power heavy industry vehicles in extreme conditions. Called SkelStart Engine Start Module 2.0, it is available in 24V and 12V versions and is based on the graphene-based SkelCap supercapacitors, which Skeleton says provide the highest power and energy density on the market. 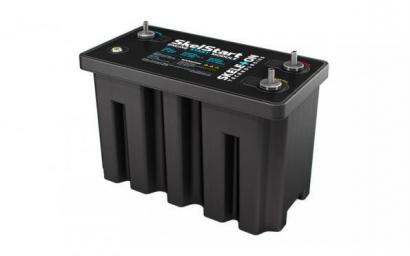 The new module’s casing is made of non-flammable material that is resistant to vibration and shock, and is a stud terminal device in BCI Group 31 size. Skeleton states that SkelStart Engine Start modules are designed to provide reliable engine starting in even the harshest conditions, as well as reduced ongoing costs on maintenance and replacement. Businesses can therefore expect their equipment to work cost effectively year-round, affording them peace of mind.

Skeleton Technologies, developer and manufacturer of high energy and power density supercapacitors, has received â¬15 million in a loan from the European Investment Bank (EIB), under the European Fund for Strategic Investments (EFSI).

This funding is meant to allow the company to finance the R&D for the further development of its products and systems. Skeleton will use part of the money to invest in an electrode mass-production facility in Dresden, Germany, according to the statement. The loan is stated to be based on company performance and doesn’t dilute the holdings of Skeleton’s founders, according to the EIB.