A collaboration between three Australian universities has produced a new graphene metamaterial that could be used in solar heating. The ultrathin film also has potential to be used in desalination, for displays, or even as cloaking technology. 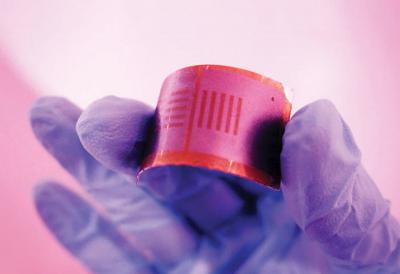 Swinburne University of Technology’s Professor Baohua Jia, who led the research, points to a few features that make the material so innovative: The absorption is coming from the sun and then converted to heat, she said, So, basically, there is no external energy or electricity required. The film heats up to 160 degrees Celsius under natural sunlight within one minute.

The second feature is the absorption is really, really high, Jia said.

It’s only 90 nm, which is much thinner than other absorbing materials. But the absorption we can reach is between 80 or 90 per cent for all the solar energy.

This results from a technique developed by University of Sydney Professor Martijn de Sterke and his colleague Dr BjÃ¶rn Sturmberg, now at the Australian National University.

By putting these grooves in periodically, the light scatters sideways, de Sterke explained.

So even though the material is very thin and you would expect it not to be able to absorb very much, if you scatter the light sideways, then the light propagates parallel to the surface rather than orthogonal to it, and its interaction is much stronger.

Rather than creating the graphene with the traditional technique of extracting it layer by layer from graphite, the team produced the material from a graphene oxide solution.

Then we stick another layer of polymer, and then put that polymer and graphene again into the solution.

Swinburne’s Dr Han Lin lists a number of uses for the graphene film: One is certainly this solar-thermal application, which directly provides hot water, he said. The other one could be desalination, which converts the water to steam. He also mentioned displays: If a laser directly writes on this metamaterial, it can show all different colors with different laser parameters, he said.

In addition, cloaking is an option: It has very good heat response, Lin said. You can guide the heat along the surface, instead of letting it penetrate.