» On LWP Technologies misadventure with VVV and Graphenera

In June 2016, LWP Technologies announced that it had entered into a 50/50 Joint Venture of patent pending Aluminium-Graphene Synthesis and battery technology with Russian scientist Viktor Volkov, representing VVV Technologies. The two companies announced they will setup a company called Graphenera and LWP raised $1.2 million to invest in Graphenera. 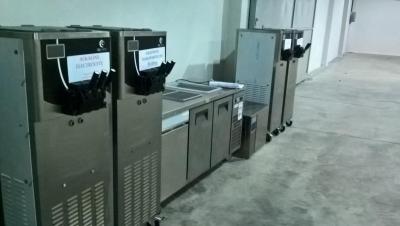 LWP shareholders reached out to us with a sad update to this story, which we detail below. We post this story as-is, as we cannot confirm all details below.

As the sole focus of LWP Technologies at the time was related to oil and gas fracking technology, some of its shareholders thought it unlikely that such a technology would wind up at the company and subsequently undertook their own research, and raised serious doubt over the ownership of the patents to the technology and the scientific credentials of the JV partner (VVV).

These concerns were passed to LWP Management who then announced that they had conducted further checks and announced to the ASX that they had found nothing of concern. This differed vastly from what shareholders had uncovered - regarding the credentials of the partner and the lab in question (see photo above). The shareholders further say that the patents to this technology were already owned by the Russian Institute of Sciences.

Following the photos of the laboratory in question, the Joint Venture was terminated by LWP, claiming that it was for completely non-related reasons, though. LWP were still looking to move to 100% ownership of the patents.

The saga ended up in court where LWP Technologies sought compensation for the $774,000 spent on the project and cancellation of the shares issued to Volkov. The court case concluded with Volkov being awarded costs to add to LWP's misery. LWP Technologies is currently suspended from the ASX with this Joint Venture and other director misconduct being under investigation by the Australian Securities and Investment Commission.

The photo above of a "lab" is actually a photo of some soft serve ice cream machines, apparently this was all a scam.