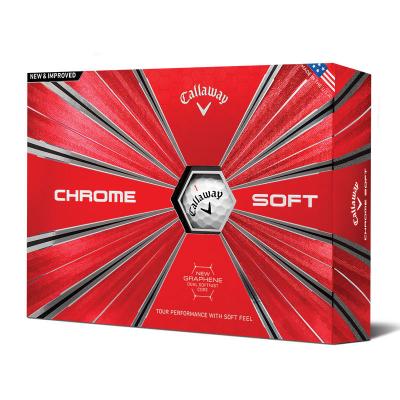 Graphene has reportedly allowed designers to push the limits of compression between the inner and outer core. A soft inner core is made to deform under large impact, and surpresses spin for maximum distance. On shorter shots, the firm graphene outer core helps the ball hold its shape, allowing for maximum spin and control. The new outer core is also designed to help the urethane cover grip the outer core, for even more spin on shorter shots.

Dr. Alan Hocknell, Senior Vice President, Research and Development at Callaway Golf, commented: “The new Chrome Soft is unlike any Tour proven golf ball we have ever made. It’s different. Using graphene as a reinforcing agent in the outer core transforms what we can do with performance. 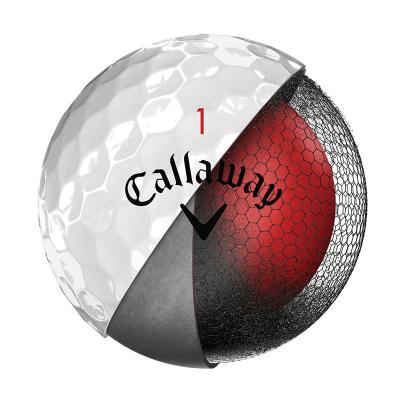 The Company explained that graphene is dispersed in the rubber core matrix and significantly reinforces the inner structure of the golf ball, allowing to enhance launch dynamics, optimize distance and increase and decrease spin where required.

On the question of how exactly to use graphene, the company said that “We had to assess which part of our golf ball we could mix it with to get a strength advantage and where in the golf ball we would want it, bearing in mind that pretty much anything graphene ‘looks at’ turns it black!.... Even though it is slightly transparent, the carbon content always comes to the fore if you use enough of it. We looked at various parts of the golf ball and the functions of each, and we quickly decided that if we were going to use a material that made any part of our golf ball substantially stronger it would be in the outer core, because its role is partly to allow the inner core to be soft. What we wanted to produce was an outer core that was much stronger, effectively a thinner but stronger ‘crash helmet’ for the inner core and that would allow us to make the inner core bigger".

“If you think of this inner core as the engine of the golf ball, the inner of the new Chrome Soft is now bigger and softer because it is protected by the stronger outer core, which allows us to pump up the speed, pump up the spin-reducing characteristic of the soft core, and still retain the soft-feel benefits.”