» Graphenano announces the launch of a manufacturing...

Graphenano, the Spain-based manufacturer of graphene, announced the installation of a manufacturing plant for batteries with Graphene Polymer in Yecla, (Murcia) Spain. 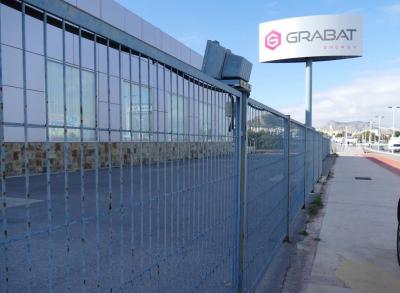 This plant will reportedly host twenty assembly and manufacturing lines of high added value batteries which should produce, at full capacity, more than a million cells. The production of the first cells in this plant is foreseen for the months of January and February, and will be at full capacity in the second half of the next year.

The plant, which is over 7.000m2 in size, will enjoy the latest technology for the manufacturing of this new kind of batteries, equipment designed specifically for this development. The company's polymer for battery cathodes is said to improve the safety when using it, since they do not produce gases, do not explode and get less hot, in addition to being the only batteries in the world that keep working after being short-circuited.  Certification tests carried out in close collaboration with the independent Dekra institutes in Spain (AT4 wireless) and TuV in Germany have exceeded 1000 Wh/kg, which is five times more than the current battery technologies.

The polymer itself has been researched, developed and tested for the last three years and is the result of an agreement signed by Graphenano, Grabat Energy and the group of chemistry of the university of Cordoba. Graphenano stated that it has reached agreements with leading multinational companies in fields like aerospace, automotive, renewable energies and others, which will benefit from this new technology.

Would love to know if this is a direct replacement for the technologies available now. How many charge cycles? Memory issues. Longevity of charge. Dissipation rate due to self discharge.Consistency of both power and voltage and end of life behaviors. Off-gassing, recycle issues and hazards posed by fire and accidental puncture. Health hazards posed by graphene in the ground water and soil as well as accidental consumption. Hopefully all that info will be forthcoming.

This is not a chemical base battery so one would highly expect that until supercold temps, which might enhance the activity, or near melting temperatures, that the behavior would be stable.

Where and when can I buy these?

I am building a racing yacht with an electric drive and we desperately need to reduce the weight of the batteries.