Ionic Industries recently announced a process for economically mass-producing graphene micro supercapacitors and added that its directors and key personnel have taken direct stakes in the company. 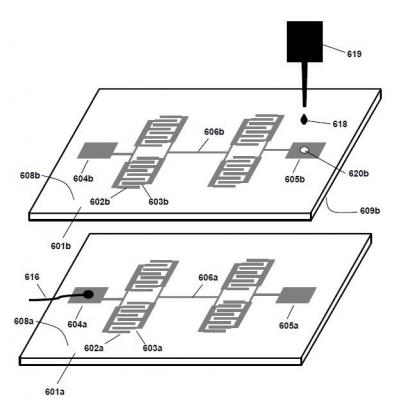 Ionic stated that since it published the positive results on its graphene micro planar supercapacitors 2 years before, the company has been working toward developing a device that not only demonstrates similar performance but can be produced at scale to deliver an economically viable device.

The last 2 years of work reportedly culminated in the filing of a new patent titled: Capacitive energy storage device and method of producing same (Australian Provisional Patent Application 2017903619). The new patent covers: the design of new energy storage device, being a planar micro supercapacitor printed on a porous film; Ionic's technique of stacking multiple layers of planar supercapacitors to create a 3D device that has ground-breaking energy and power density characteristics; and, most importantly, the company's method for printing these devices so that they can be mass produced at low cost.

The critical element in this new technology is the ability to print the supercapacitors in the 1000s per minute, rather than individually creating each device with an expensive, direct-write approaches using lasers or ion beams. The technology builds on Ionic's existing patent relating to graphene oxide membranes and it means the company could create these devices as easily as factories today produce food packaging and labels using gravure printers.

The team is now working on assembling the prototype device which is scheduled for completion in the next 6 weeks before it go into trials for a period of several months. The expected end result is a supercapacitor energy storage device comprised of printed graphene micro planar supercapacitors that can be produced economically at scale.

Ionic stated that it is extremely excited about this development as it brings it well within sight of a commercial product. The next steps involve identifying appropriate, world leading partners with whom Ionic can introduce this technology into products such as medical devices, wearable technologies, IoT devices or remote sensing applications.