California-based company Lyten has developed a graphene-enhanced lithium-sulfur battery for electric vehicles. The battery reportedly achieved a higher gravimetric energy density than traditional lithium-ion and solid-state technologies. Lyten is said to have has previous collaborations with the US government for military projects. 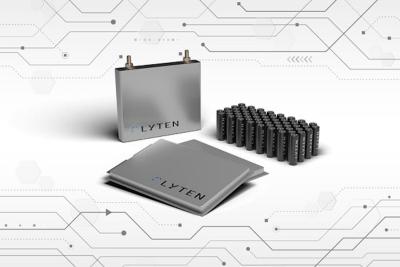 The product was named LytCell EV and was designed to deliver three times the energy density of conventional lithium-ion batteries. The company reported 900 Wh/kg, precisely three times as much as the batteries in circulation today. Lyten Sulfur Caging is the name of the technology used in LytCell batteries to unlock the performance potential of sulfur by halting the advance of polysulfide, a cycle-life compromising factor that has so far prevented the practical use of Li-S in electric vehicles battery powered. Based on testing, a LytCell prototype reportedly proved to withstand more than 1,400 cycles very well.

The Li-S battery does not contain oxygen from metal oxides, and does not include cobalt and nickel. The battery can be produced in various formats: cylindrical, envelope and prismatic.

Lyten's battery breakthrough was based on the development of Lyten 3D Graphene, a new three-dimensional graphene platform. This unique material can be designed and tuned at the molecular level based on specific battery application requirements, while also ensuring better temperature management.

According to Lyten, the battery is also environmentally friendly, as it requires shorter charging times (20 minutes) than a lithium-ion battery. However, it is not yet ready to go on the market: full production is scheduled for the two-year period 2025-26, not only for the automotive sector, but also for two-wheeled vehicles.