Orbex, a UK-based private, low-cost orbital launch services company, has developed what it calls an "advanced, low carbon, high performance micro-launch" rocket called "Orbex Prime" and states that it already has a customer to fly on it. 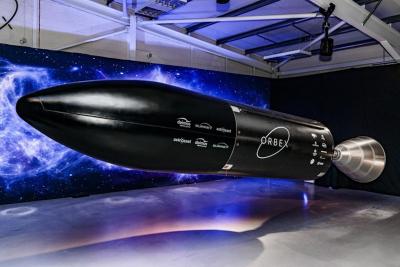 Built with 3D-printed engines and a carbon fiber-and-graphene body, Orbex Prime will utilize renewable "bio-propane" as its fuel of choice. The two-stage rocket will be designed to carry up to 150 kilograms of payload, contained within a 1.3-meter fairing, into Sun Synchronous Orbit. Orbex even says its Prime rocket will be "80% reusable", although it is rather unclear how this would be executed.

Launching out of the UK's "first spaceport" in Sutherland, Scotland, Orbex and its Prime will be aiming to enter the small satellite market.

Orbex recently announced a contract with Chantilly, Virginia-based "launch integrator" TriSept Corporation to carry multiple cubesats and microsatellites into orbit for customers who've booked rides through TriSept, in 2022. Other mission(s) will precede this one, however, as Orbex is reportedly planning its inaugural launch to take place in late 2021.