Appear Graphene Li-Ion batteries are reportedly safer, offer fast charge (up to 3C) and have a longer cycle life (1000 cycles) than traditional Li-Ion batteries. The distinctive batteries also have higher discharge capacity (up to 15C), which enables bikes to have rapid acceleration, steep climb/higher torque and race mode in sport bikes.

We're happy to announce that we're working on a new market report, that will focus on graphene-enhanced construction materials - mainly cement, concrete, mortar and asphalt. 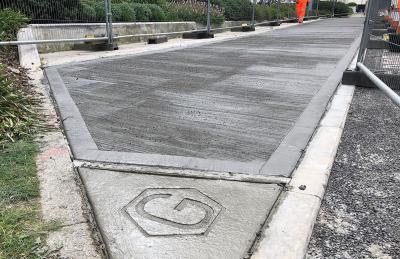 We are at the final stages of the report, and expect to publish it in a few weeks. We'd like to call out to graphene developers and construction related companies - if you want to be featured in our report, now is the time! we'll be happy to receive information, datasheets, brochures, etc.

Over the next three years, the two companies will work together to incorporate Levidianâs sustainable graphene in a range of composite materials. Levidian uses plasma chemistry to crack methane into hydrogen and graphene. This process means their graphene has no batch-to-batch variation, a very small number of layers, and a positive environmental impact. The addition of graphene to composite materials and components will lead to improved process times while augmenting physical properties.

According to the company, 100 million euros will be invested in production and 120 million euros in development and research as well as in a future ramp-up of production. In the future, 12 million supercapacitors are to be manufactured annually in MarkranstÃ¤dt. The start of production is planned for 2024.

A team of researchers from the Institute for Plasmas and Nuclear Fusion (IPFN), Instituto Superior TÃ©cnico, have reported a new process to fabricate free-standing graphene using plasma technology, at much lower production cost than the other existing market solutions.

The invention was granted the first international patent on the âProcess, reactor and system for fabrication of free-standing two-dimensional nanostructures using plasma technologyâ (ref. US 11254575B2), by the US Patent Office.

Paragraf has announced its plan to develop a new generation of graphene-based, in-vitro diagnostic products that will give results within a few minutes.

The Company is starting a two-year program to develop a proof-of-concept combined PCT (procalcitonin) and CRP (C-reactive protein) test, on a single panel. This collaboration utilizes a GBP Â£550,000 (around USD$658,000) Biomedical Catalyst grant award from Innovate UK, the UKâs innovation agency.

First Graphene says that its strong performance in the last quarter was driven by several significant orders for its graphene materials, and also new application/research development services. The composites and plastics segments contributed 46% of its revenues in the quarter, followed by cement/concrete (31%). Coatings, adhesives, sealants and elastomers contributed 12%.