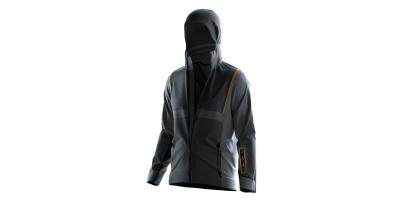 The jacket also features a small flexible E Ink display produced by Plastic Logic. The display is connected to your boat's systems via Bluetooth to show navigational and other kinds of information.

HydroGraph Clean Power, a Canada-based company that was formed to fund and commercialize green, cost-effective processes to manufacture graphene, hydrogen and other strategic materials in bulk, has announced that it has closed a private placement for gross proceeds of CAD$6,505,000 (over USD$5,372,000) led by PowerOne Capital Markets Limited and Haywood Securities. HydroGraph is in the process of pursuing a direct listing on the Canadian Securities Exchange.

The proceeds of the Financing will enable HydroGraph to commercialize its patented hydrogen and graphene manufacturing technology and market the end products. The Company is building a new commercial manufacturing facility which will be able to mass-produce HydroGraph’s competitive, high quality, green products.

Last month, Australia-based Graphene Manufacturing Group (GMG) announced a research agreement with the University of Queensland’s Australian Institute for Bioengineering and Nanotechnology (AIBN) for the development of graphene aluminum-ion batteries. Now, GMG has shared the initial performance data when tested in coin cells for the patent-pending surface perforation of graphene in aluminium-ion batteries developed by the Company and the University of Queensland (UQ). Currently, GMG Graphene is producing coin cell prototypes for customer testing in Q4 2021.

Under the recently announced agreement, GMG will manufacture commercial battery prototypes for watches, phones, laptops, electric vehicles and grid storage with technology developed at UQ. GMG has also signed a license agreement with Uniquest, the University of Queensland commercialization company, which provides GMG an exclusive license of the technology for battery cathodes.

Qurv Technologies, a Spain-based startup established in 2020 to develop wide-spectrum image sensors based on graphene and quantum-dot technologies, has developed a sensor that combines the unique electronic properties of graphene with suitable quantum nanoparticles as light sensitizers. The new device reportedly enables efficient detection of a broad range of wavelengths from ultraviolet to infrared light all concentrated into one simple device.

In 2018, Sunrise Energy Metals (SRL) and Ionic Industries partnered up and established a JV called NematiQ to develop graphene oxide (GO) membranes for water treatment applications. SRL initially had a 75% stake in the joint venture, before increasing its interest to 83.2% in 2020. Now, SRL announced its plan to take full ownership of NematiQ.

NematiQ has developed a process for manufacturing GO, which can be applied to a membrane support to create a graphene oxide-based nanofiltration membrane (GO-Membrane). The GO-Membrane manufacturing process has reportedly already been demonstrated on commercial-scale industrial equipment.

Penn State researchers have designed a graphene-based way to make encrypted keys harder to crack, in an attempt to protect data in an age where more and more private data is stored and shared digitally. Current silicon technology exploits microscopic differences between computing components to create secure keys, but the team explains that artificial intelligence (AI) techniques can be used to predict these keys and gain access to data. 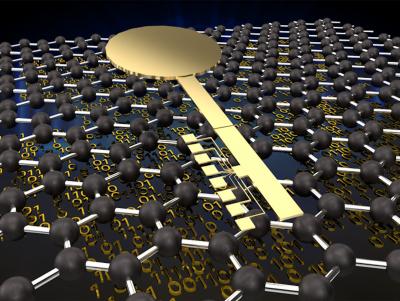 Researchers from Zhejiang University, Xi'an Jiaotong University and Monash University have developed a way to bind multiple strands of graphene oxide together, creating a process that could prove useful in manufacturing complex architectures. 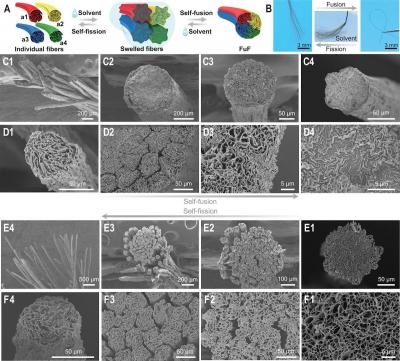 In recent years, materials scientists have been exploring the possibility of making products using total or partial self-assembly as a way to produce them faster or at less cost. In biological systems where two materials self-assemble into a third material, scientists describe this as a fusion process. Accordingly, when a single material spontaneously separates into two or more other materials, they refer to it as a fission process. In this new work, the researchers have developed a technique for creating graphene-oxide-based yarn that exploits both processes.

A Rice University team has modified its laser-induced graphene technique to make high-resolution, micron-scale patterns of the conductive material for consumer electronics and other applications. Laser-induced graphene (LIG), introduced in 2014 by Rice chemist James Tour, involves burning away everything except carbon from polymers or other materials, leaving the carbon atoms to reconfigure themselves into films of characteristic hexagonal graphene. The process employs a commercial laser that writes graphene patterns into surfaces that to date have included wood, paper and even food.

The new version writes fine patterns of graphene into photoresist polymers, light-sensitive materials used in photolithography and photoengraving. Baking the film increases its carbon content, and subsequent lasing solidifies the robust graphene pattern, after which unlased photoresist is washed away. 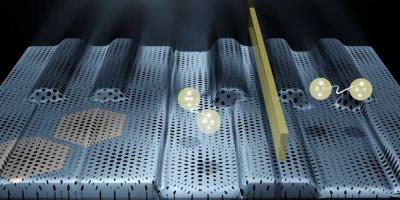 The material Ensslin and his co-âworkers used is known as Magic Angle Twisted Bilayer Graphene. The starting point for the material is graphene flakes - the researchers put two of those layers on top of each other in such a way that their crystal axes are not parallel, but rather make a magic angle of exactly 1.06 degrees. That’s pretty tricky, and we also need to accurately control the temperature of the flakes during production. As a result, it often goes wrong, explains Peter Rickhaus, who was involved in the experiments.

Tirupati Graphite has announced that its research center has developed a 'ground-breaking' graphene-aluminium (Al-Gr) composite, which reportedly exhibits significantly higher conductivity and strength properties over aluminium and could be used as a substitute for copper.

The specialist graphite and graphene producer said it was engaged with potential end users including a FTSE100 company for the composite’s potential use replacing copper in thermal, power and propulsion systems, providing significant environmental advantages owing to reduced weight.