What is EMI shielding?

Electromagnetic interference shielding is the action of surrounding electronics and cables with conductive or magnetic materials to guard against incoming or outgoing emissions of electromagnetic radiation, that can interfere with their proper operation. 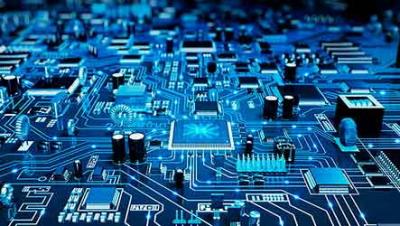 What is EMI shielding used for?

EMI shielding is done for several reasons, but the most common goal is preventing electromagnetic interference (EMI) from affecting sensitive electronics. Metallic mesh shields are often used to protect one component from affecting another inside a device.

Air gapped systems, usually used by military, government and financial institutions, can also benefit from EM shielding. Although physical isolation and a lack of external connectivity are often considered adequate to ensure the systemâs security, several methods have been shown to successfully exploit the electromagnetic radiation that comes from different parts of the system.

How is EMI shielding done?

Various different materials and techniques are used for EM shielding. Wires may be surrounded by a metallic foil or shield to block EM emanations from the cased wires. Audio speakers often have inner metallic casing to block EMI produced by the drivers so they donât affect TVs and other electronics. EMI filters are also found in electronic components, and more. Certain techniques are similar in concept to a Faraday cage, preventing signal corruption that would cause electronics to perform badly. Mesh can be used as total enclosure is not necessary if the openings are smaller than the electromagnetic waves that need to be blocked.

Typical materials used for electromagnetic shielding include sheet metal, metal screen, and metal foams. other shielding methods (especially used in electronic goods put in plastic enclosures) involve metallic inks that consist of a carrier material loaded with a suitable metal, typically copper or nickel, in the form of very small particulates. Copper is used for radio frequency (RF) shielding because it absorbs radio and magnetic waves.

EMI shielding methods traditionally rely on metal, which adds weight and is expensive. A significant body of research demonstrates that carbon nanostructure-based nanocomposite materials can outperform conventional metal shielding due to their light weight, resistance to corrosion, flexibility, and processing advantages. On top of all these, grapheneâs excellent conductivity makes it a perfect candidate for such applications.