» Graphene to assist in improving the efficiency of LEDs

Researchers in Taiwan have shown that graphene could be used as an efficient heat sink between p-n junctions in light-emitting diodes (LEDs). When glued to a polyamide via a titane coupling agent (TCA), reduced graphene improved the thermal conductivity of an interfacial nanocomposite by 53%, compared to a control that contained only the polymer. 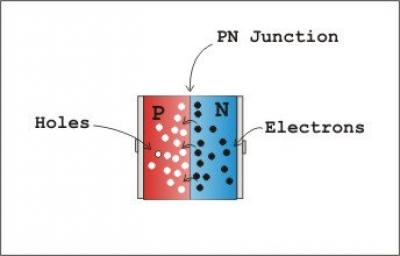 In addition to being 53% more thermally conductive than the polyamide polymer alone, the graphene composite also came to a higher equilibrium temperature, signifying better heat transfer. When used to coat the interface, LEDs maintained 95% of their light intensity over 7,000 hours, while the control only maintained about 68%.

The team mentions that the benefits of this graphene-polymer composite also include mechanical flexibility to any shape junction, lighter weight and lower cost. While creating the nanocomposite turned out to be more costly than manufacturing the polyamide composite, the discovery is actually expected to decrease the cost of LEDs by improving their overall useful life and minimizing the expense of replacements.

LEDs are semiconductors that emit energy in the form of light when excited by an electric current. Though LEDs do not radiate heat to their outside environment, they generate heat at the p-n junction which might harm the system. Dissipating some of that heat at the junction will improve the lifespan of LEDs and is thus a sought-after goal.