» Graphene-enhanced sports gear by Win&Win used at the... 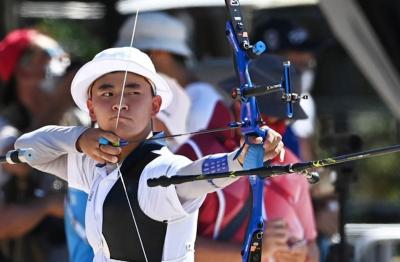 The bow was the creation of Korean sports equipment manufacturer Win&Win. The Company's' WIAWIS brand of bows also includes aluminum bows, and the athletes reportedly chose between aluminum and graphene bows based on their preferences.

Graphene bows, according to reports, are so flexible that they can be bent and returned to their original shapes without losing their performance quality.

The reports added that Win&Win previously made bows using carbon nanotubes as their flagship products, but replaced them with graphene. Graphene bows are said to be 60% more durable and 20% more shock-absorbing than carbon nanotubes.

Graphene was also used by Win&Win to manufacture a line of bicycles that Korean national track cyclist Lee Hye-jin chose to ride in the 2020 Summer Olympics, according to the reports. The material minimizes the shock felt by cyclists while riding, allowing the athletes to maintain stable control. Six other Tokyo Olympians, including those from Denmark and Switzerland, also chose to use Win&Win's graphene bicycles.