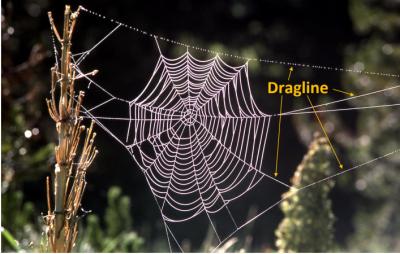 One such fascinating material is an artificial dragline spidersilk, developed by an Israel-based startup called Seevix Material Sciences. We contacted Dr. Shmulik Ittah, Co-Founder and CTO at Seevix Material Sciences, to give us a short review of the Company's promising material. Dragline spidersilk is known as an extremely strong fiber, that also manages to be highly elastic and stretchable. In fact, it can stretch up to 30% of its initial length. Spider silk is thus a unique phenomenon in the materials world, toting two such seemingly contradictory properties which usually do not co-reside in one material, whether natural or synthetic.

Surprisingly, the building blocks of this special polymer are proteins that belong to the structural proteins family. In nature, these proteins appear as a soluble monomer inside a specialized sac located in the spider's abdomen, and through gradual changes in their concentration and their chemical surrounding, they spontaneously interact and self-assemble into an elongated nano-fibril, which in turn self-assembles into the final mono-filament. Each fiber in the web is actually a bundle of dozens of these mono-filaments.

Seevix Material Sciences, a biotech company that produces high-strength, biocompatible spidersilk fibers, adopted nature's approach and succeeded in mimicking the natural self-assembly process. In this way, the entire process, from amino acid translation to polymerization and fiber formation, happens in a spontaneous manner. The only difference between Seevix’s Spidersilk (SVX) and natural spidersilk dragline is the unlimited continuous fibers’ length in nature versus the length of SVX which is restricted by the amount of protein produced within the cell.

One way to utilize SVX’s mechanical properties is by using it as an additive for functional nano-composites. 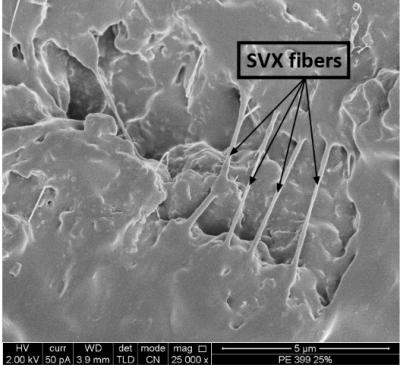 Dragline spidersilk stress-strain curves demonstrate exceptional mechanical properties: elastic modulus of 14 GPa, ultimate tensile strength of 1.5 GPa, extensibility of 30%, and overall toughness of 160 MJ m-3 (values differ between different spider species). Each of these properties may not be impressive on its own compared to other fibers’ properties; however, a combination of different polymers with SVX demonstrates enrichment patterns which are very distinctive.

Dragline spidersilk's thermal durability was determined to be 230ºC by differential scanning calorimetry (DSC). This temperature is the center of an endothermic peak reflecting the decomposition of the alanine-based nano-crystals conferring dragline spidersilk with some of its properties. SVX is the first and only man-made spidersilk to achieve and exceed this endothermic peak during DSC testing, reaching 235ºC. The reason for this difference is believed to be the higher alanine proportion in the synthetic sequence coding of SVX. Thus, it can be used in extrusion-based processes, involving polymers melting and reshaping, without harming SVX.

Dragline spidersilk's chemical resilience has been poorly characterized until recently, however, SVX fibers were shown to possess high chemical resistance, withstanding almost all organic solvents, including chloroform, DCM, THF, dioxane, acetone and others, harsh detergents, and extreme PH conditions. This resilience enables the integration of SVX into many thermoplastic polymers by means of the solvent casting method and facilitates many chemical modifications that take place in different organic solvents and in other chemical surroundings.

Dragline spidersilk's architecture is the foundation of its unique characteristics. It involves the convergence of soluble monomers into insoluble polymers through a series of spontaneous interactions, first between the monomers and then between nano-fibrils. While basic monofilaments created by spiders have a diameter of a few hundred nanometers, the fiber seen in the web is actually a bundle of dozens of such monofilaments. SVX is the outcome of the same process as in nature, i.e. self-assembly, and is equal in its diameter to the monofilament created by the spider. Since SVX nano-fibrils are not as tightly packaged as in nature, the voids between them are accessible to their surroundings, thus creating a huge surface area of ~3.8m2/gram. This surface area is used to increase the "interaction zone" between the filler and the matrix in nanocomposites, as well as to access all residues (mainly hydroxyl and amine groups) located on the nano-fibril's surface in order to functionalize them for different purposes. 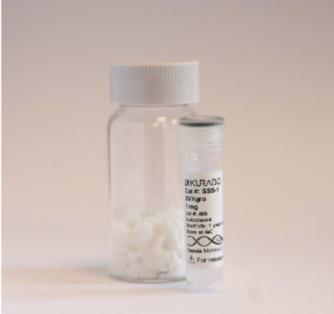 In summary, Seevix Material Sciences introduces a new player to the nano-composite world: the first synthetic true spidersilk fibers. These fibers, just as native dragline spidersilk, are the "holy grail" of materials. Incorporating just a small percent of SVX intovarious polymers will enhance their mechanical properties dramatically. Thus improving their modulus, tensile strength as well as their overall toughness. In addition, SVX fibers can withstand high temperatures and harsh chemical surroundings, a fact that enables them to be implemented in many industrial extrusion and casting processes. A web of opportunities are being explored for using these spidersilk fibers in our next generation, high- end , high- performance products.