Peter J Sarre, Professor of Chemistry and Molecular Astrophysics at the University of Nottingham in the UK, has released a fascinating work that infers, based on previously unassigned optical and infrared astronomical observations and comparison with laboratory data on graphene oxide (GO), that GO is a significant component of interstellar dust. 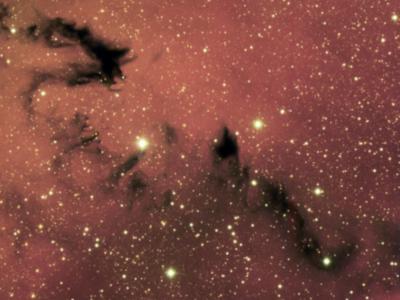 Dust particles play a major role in the formation, evolution and chemistry of interstellar clouds, stars, and planetary systems. Commonly identified forms include amorphous and crystalline carbon-rich particles and silicates. Also present in many astrophysical environments are polycyclic aromatic hydrocarbons (PAHs), detected through their infrared emission, and which are essentially small flakes of graphene.

Astronomical observations over the past four decades have revealed a widespread unassigned ‘extended red emission’ (ERE) feature which is attributed to luminescence of dust grains. Numerous potential carriers for ERE have been proposed but none has gained general acceptance. In this work it is shown that there is a strong similarity between laboratory optical emission spectra of graphene oxide (GO) and ERE, leading to this proposal that emission from GO nanoparticles is the origin of ERE and that these are a significant component of interstellar dust.

The proposal is supported by infrared emission features detected by the Infrared Space Observatory (ISO) and the Spitzer Space Telescope.