Graphwear, a startup developing graphene-based needle-free approaches to glucose monitoring, recently closed a $20.5 million Series B round. GraphWear is developing a skin-surface-level wearable made of graphene. The sensor is small, about the size of an Apple Watch â but the key piece of technology is actually housed on the bottom. It’s a thin slice of graphene that fits onto the back of the watch, or onto a sticker that can be worn on the abdomen. 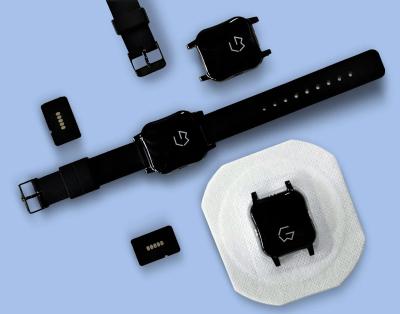 This Series B round will be focused on helping the company build upon previous validation studies of the wearable, completing a pivotal trial and submitting for FDA clearance. The round was led by Mayfield, with participation from MissionBio Capital, Builders VC and VSC Ventures.

The Holy Grail problem has been: can you really know what is happening in your blood without using things to prick your skin and draw blood out, says Ursheet Parikh, the co-leader of Mayfield’s engineering biology investment practice. We think GraphWear has made progress and is likely to be one of the first companies to actually bring a product that can get to hundreds of millions of people.

GraphWear’s sensor, unlike other continuous glucose monitors which may require a small retractable filament or finger sticks to evaluate blood glucose, doesn’t break the skin at all.

The graphene has an electric field that drags the molecules up, Rajatesh Gudibande, Graphwear's founder, explains.

You’re talking about about 200 molecules, he continues. It then ‘tastes’ it, converts it to an electrical signal, and then transports via Bluetooth to your phone that can chart and display glucose values continuously.

Note that these sensors are actually measuring the glucose present in interstitial fluid, not the glucose present in blood. However, there’s evidence glucose measured from the interstitial fluid correlates well with plasma glucose, per the American Diabetes Association’s 2020 guidelines, so measurements taken this way are still clinically relevant for people with diabetes. Gudibande adds, our own empirical clinical data suggests the same.

GraphWear has already completed one feasibility study for the wearable sensor on 40 patients with both Type I and Type II diabetes. They tested the device’s glucose monitoring against glucose measures collected from venous blood draws. Results have not yet been released. However, Gudibande says that GraphWear’s accuracy was comparable to that of the traditional sensor.

GraphWear can keep the graphene used in its sensors pristine, says Gudibande, which allows it to be highly sensitive to glucose molecules that it may encounter. The company, says Parikh, can also manufacture the material at scale, and is developing new applications of nanotechnology that could be useful beyond sensing glucose. Specifically, the team has patented a way to use polarized fluids as transistors.

If your glucose molecules are on the skin, it becomes like a transient transistor that shows up, says Parikh. That is a new class of transistor, and that’s a fundamental innovation.

The glucose monitoring, though, is a smart first step for the company, because there’s a decently clear pathway to approval. If the company’s upcoming pivotal trial demonstrates that it’s similar to other continuous glucose monitors it could pursue FDA 510(k) clearance. Though, as Gudibande acknowledges, there could be some unforeseen pitfalls. For instance, it’s possible that GraphWear’s noninvasive approach could put it in a class of its own.

So there’s a risk to that, of whether we will be 510(k), Gudibande says. But the process for that will be anywhere from six to 14 months. Our goal is to get through the trials and submit to the regulatory body.

If GraphWear can deliver on measuring other biomolecules using its graphene platform, they could use the platform to detect other molecules or continuously monitor what’s going on inside the body. This Series B round, though, will be focused on delivering the first step: a clinically evaluated, graphene-based sensor.