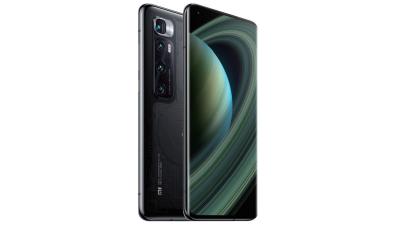 Xiaomi claims the 4,500mAh “graphene-based lithium-ion” battery packs 1,000 times greater conductivity than traditional “carbon black” batteries. The brand was also quoted as saying that the battery remained at over 90% capacity after 800 charge and discharge cycles.

As exciting as this may sound, no details were given on the graphene battery tech, and questions remain as to the exact parameters and specific use of graphene in this battery. Hopefully things will be clearer in the near future.

It was also said that Xiaomi implemented three cooling solutions - a graphene-copper sandwich for the chipset, RAM, storage, and modem; additional graphene sheet, combined with a copper cooling chamber with vapor underneath the front panel; and an additional highly-conductive film, sitting right between the optical fingerprint scanner and the OLED, helping to dissolve the heat across the 110 sq.cm display.

The use of graphene-based thermal management systems was also seen in markets like computers and gaming gear and in several of Huawei's smartphones and MatePad Pro 5G tablet.