Scientists from the Australian Commonwealth Scientific and Industrial Research Organisation (CSIRO) have used their own type of graphene called "GraphAir" to develop a water filter membrane that is reportedly capable of making water from Sydney Harbor drinkable. 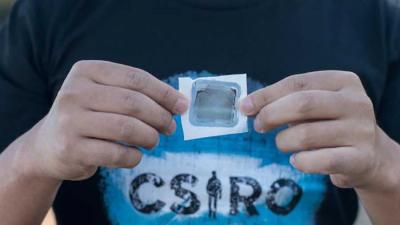 The membrane makes water purification simpler, more effective and quicker, say CSIRO scientists. “Conventional water filter membranes used in water purification​ are made from polymers (plastics) and cannot handle a diverse mix of contaminants, they clog or allow contaminants to pass through, so they have to be separated out before the water is filtered”, they said. “This technology can create clean drinking water, regardless of how dirty it is, in a single step.”

CSIRO developed the graphene membrane and placed it over a regular commercial-grade water filtering membrane. Tests using water samples from Sydney Harbor showed that without Graphair the filtration rate halved in 72 hours, as contaminants clogged the filter’s membrane. After the Graphair was added, scientists say the filter did not clog, more contaminants were filtered and the water was determined safe to drink.

In addition to its effective filtration capabilities, Graphair is cheaper, faster and more environmentally friendly to produce than other graphene as it is made from soybean oil, which is most often found in vegetable oil.

CSIRO is hoping to begin field trials in a developing-world community next year after researchers from QUT, the University of Sydney, University of Technology Sydney, and Victoria University confirmed Graphair's water purification qualities. The team also hopes the technology can be developed for use as a home or even a town’s water supply filtering system.