University of Washington scientists have designed a way to use graphene to encourage photons into stimulating multiple electrons, thus maximizing the transfer of energy and making efficient light-captured energetics possible. 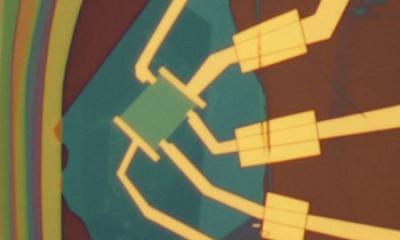 The method exploits graphene's efficient interaction with light; The researchers took a single layer of graphene and sandwiched it between two thin layers of boron-nitride. Boron-nitride has a lattice structure very similar to graphene's, but has very different chemical properties as electrons do not flow easily within boron-nitride so it basically acts as an insulator. The team discovered that when the graphene layer's lattice is aligned with the layers of boron-nitride, a type of "superlattice" is created with desirable properties that enable efficient optoelectronics. These properties rely on quantum mechanics, and the researchers detected unique quantum regions within the superlattice known as Van Hove singularities.

The researchers stated that "these are regions of huge electron density of states, and they were not accessed in either the graphene or boron-nitride alone". "We only created these high electron density regions in an accessible way when both layers were aligned together". When the team directed energetic photons toward the superlattice, they discovered that those Van Hove singularities were sites where one energized photon could transfer its energy to multiple electrons that are subsequently collected by electrodes—not just one electron or none with the remaining energy lost as heat. By a conservative estimate, they report that within this superlattice one photon could impact as many as five electrons to flow as current.

With the discovery of collecting multiple electrons upon the absorption of one photon, researchers may be able to create highly efficient devices that could harvest light with a large energy gain. Future work would need to uncover how to organize the excited electrons into electrical current for optimizing the energy-converting efficiency and remove some of the more problematic properties of these superlattices, such as the need for a magnetic field. But they believe this efficient process between photons and electrons represents major progress.