Graphene Composites, a UK-based company developing graphene-enhanced bulletproof shields, has exceeded its crowdfunding target. GC attempted to raise £300,000 on Crowdcube, but ended up raising £510,680 (around 676,625 USD). 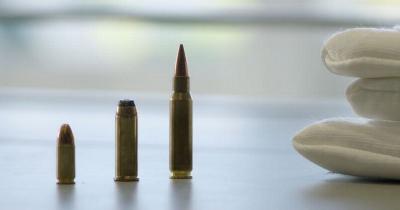 Once Graphene Composites had hit its crowdfunding target, the company sent out a message to its supporters saying: “Thank You - by investing in GC, you have not only invested in a company that should provide you with a healthy return and strong dividends, you are also enabling us to develop and deliver products that will truly improve the quality of life for many around the world. For example, our GC Shield active shooter protection in schools now, and eventually our Lightning Harvester renewable energy sources. Thank You, from all of us on the GC Team”.

Graphene Composites is now looking to expand its business overseas and plans to sell its protection equipment to schools. It believes it can sell a pack of 10 GC Shields for $16,000 and a full school package for around $1 million.

The product can reportedly stop both low caliber bullets and high caliber rounds fired from an AR-15 assault rifle and a sniper rifle.

The firm is also designing a Lightning Harvester which can capture static electricity in thunder storms and feed it into the National Grid as a renewable source of energy.