» Graphene could be used to make more tunable and compact...

Researchers at MIT conducted simulations and reached a new theory, according to which a sheet of graphene could be used to make X-rays. In this method, the graphene is used to generate surface waves called plasmons when the sheet is struck by photons from a laser beam. These plasmons in turn could be triggered to generate a sharp pulse of radiation, tuned to wavelengths anywhere from infrared light to X-rays. 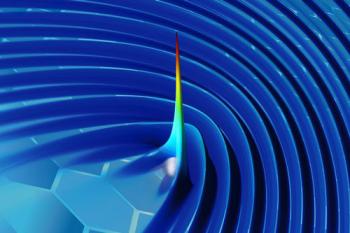 The radiation produced by the system would be of a uniform wavelength and tightly aligned, similar to that from a laser beam. The researchers say this could potentially enable lower-dose X-ray systems in the future, making them safer. The new system could, in principle, create ultraviolet light sources on a chip and table-top X-ray devices that could produce the sorts of beams that currently require huge, multimillion-dollar particle accelerators.

Most sources of X-rays rely on extremely high-energy electrons, which are hard to produce. The new method manages to get around that, using the tightly-confined power of the wave-like plasmons that are produced when a specially patterned sheet of graphene gets hit by photons from a laser beam. These plasmons can then release their energy in a tight beam of X-rays when triggered by a pulse from a conventional electron gun similar to those found in electron microscopes. In addition, the system would be unique in its tunability, able to deliver beams of single-wavelength light all the way from infrared, through visible light and ultraviolet, on into X-rays.

So far, the work is theoretical, based on precise simulations, but the group’s simulations in the past have tended to match quite well with experimental results. They are now in the process of building a device to test the system in the lab, starting initially with producing ultraviolet sources and working up to the higher-energy X-rays. They hope to have solid confirmation of the principles within a year, and X-rays, if that goes well, optimistically within three years.