The team at Wuxi Graphene Film was kind enough to send a few such films for us to review. These specific films are designed for one of WGF's customers and include a proprietary design which includes a USB connector for easy setup - you just plug these into a USB power source and the films heat up very quickly.

The films are plastic films, covered with a patterned metal coating (this is the silver-gold pattern you easily see on the films). The pattern itself is done according to customer needs. The metal pattern is the main conductor of electricity on the film. 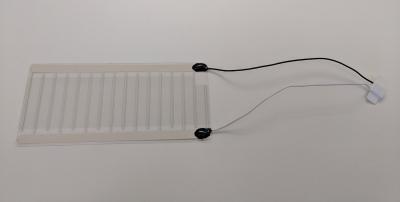 The film is also coated with a single-layer CVD graphene sheet. The graphene is of course highly transparent (it allows around 97% of the light to go through) - but if you hold the film up to a light source, you can see where the graphene coating ends. The high thermal conductivity of the graphene transfers the heat to the air in a uniform method. 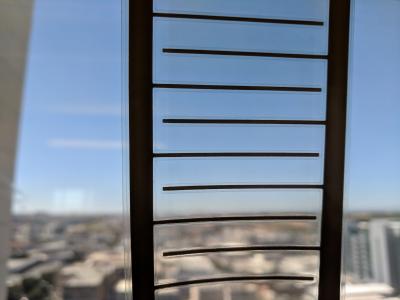 To summarize - according to WGF, their new graphene-based heating films offer a better heat distribution, lower operating voltage and much higher flexibility compared to other films on the market. WGF did not disclose any sales figures, but the company says it is "quite successful" with its design wins and sales in China. Looking at Amazon.com, you can see a wide range of products that utilize such heating films (not sure if all use CVD graphene, though).

Beyond our nice experience with the films themselves, we have also reviewed Grahope's eye mask a few months ago - and were pleasantly surprised with the device quality and its effect (see the full review here).

If you are interested in these heating films, you can find more information on the graphene catalog, or simply contact us directly here.