» An interview with GraphAudio's CEO to discuss the...

GraphAudio was established in 2016 to commercialize graphene-based acoustic products based on technology that originated from UC Berkeley and Berkeley Lab. GraphAudio's technology enables electrostatic micro transducers that use CVD graphene sheets. 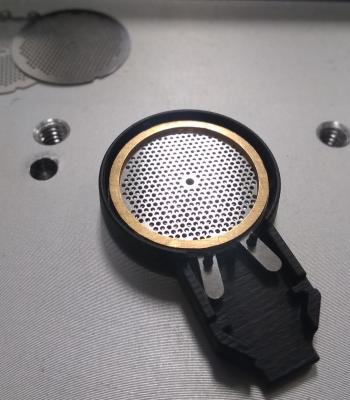 GraphAudio's CEO is Ramesh G. Ramchandani, that previously held executive leadership positions at International Rectifier, Semicoa, nPlay Technologies, ZiLOG and ON Semiconductor, and was a senior advisor for consumer and commercial AI at Google X. Following is an interview with Ramesh to discuss GraphAudio's technology, business and roadmap.

Q: Thank you for your time Ramesh. Can you detail GraphAudio's technology, and how graphene is used to create the sound driver?

We use electrostatic technology, which is not a new invention... quite the contrary in that electrostatic technology was invented about the same time as the conventional widely used dynamic speaker (about the turn of the 20th century), but it was never adopted into wide use primarily because the diaphragm materials were not environmentally stable - gold flashed animal gut was the original diaphragm.

With the advent of polymer technology it was used to replace the animal intestine, many high end audiophile speakers have been sold to that niche market; since this technology eliminates the voicecoil weight of conventional dynamic speakers it has the reputation of exceptional clarity and imaging. Unfortunately these products are not very common, Martin Logan is a conventional speaker using electrostatic technology; and Sennheiser with its flagship ship "Orpheus" headphone ($59K), STAX and most recently Shure having more reasonably priced products. Our goal is to leverage our graphene technology and drive into mainstream usage.

Q: What kind of graphene is being used by GraphAudio?

We use multilayer graphene. By definition graphene is a single layer film, but in real world use scenarios this film has tremendous issues to overcome. By utilizing a process where the graphene is formed in layers, it creates a film which is analogous to chipped plywood, but our binders are mechanical and the film is pure graphene. We don't see mechanical strengths of Terra Pascals tested by an Atomic Force Microscope in the lab (20 micron diameter), but we do see real world large dimensional strengths (10 mm diameter) in the Giga Pascal ranges which are plenty strong for audio applications.

Q: We understand you are producing your own CVD graphene, in-house. Can you share some details on your production setup?

We use conventional semiconductor process equipment to make our graphene films. The process is highly proprietary.

Q: What is your current production capacity?

We are working in a research facility and because of COVID issues we are further constrained, but our team believes that it's critical to run a baseline of material in order to do proper development. We have a standard process flow which yields us approximately 100 transducers a month. This may not seem like much, but it's easily scalable and adequate for our current development needs. We are in conversations with several foundries to scale our technology into mainstream production environments.

Q: What kind of performance can we expect from your drivers?

We expect and have documented best-in-class audiophile performance. We measure this with 7/11 audio couplers and compare them to results of other high end audio products. Typically measure Sound Pressure Levels (SPL) throughout the audio spectrum as well as distortion.

Q: We also understand the drivers are extremely power efficient, as 95% of the energy is converted into sound. How is that achieved?

Because the graphene is a strong but compliant film, it matched well with air and thus can reproduce sound efficiently through the entire audio spectrum and beyond into the Ultrasonic when electrostatic forces are used to drive the diaphragm. This differs from the traditional speaker, which has a much thicker diaphragm because it needs to be mechanically attached to a voicecoils to make the speaker move. The traditional device is a current driven device which leads to its significant inefficiencies (<10%) and small spaces of electronics devices this heating can lead to other device issues.

The electrostatic design does require higher voltages, so nothing is for free; but on the net when the chipset is developed to power our transducer we expect the savings to be energy savings to be significant and to alleviate the traditional speaker heating issue.

Q: We also understand that you expect the first products on the market by 2022 - and these will be earphones/headphones. Can you share more details?

We're in discussions about earbuds and headphones now. We will be working with major audio product OEMs closely on commercializing our technology.

Q: GraphAudio says that the speakers, even though they use high-quality CVD graphene, will be very cost effective due to their simple design. Can you share your cost estimate and how it compares to competing devices?

We plan on being cost competitive and a very cost competitive game. Our design is simple, but we hope to sell the driver and transducer at pricing that supports high volume products in the long run; but we will start small and build to that. Our technology simplifies the manufacturing process as well as reduce the components required to create sound in today's solutions. The overall cost of our technology will be cheaper than what is available now.

Thank you Ramesh! I wish you and GraphAudio good luck!