A recent announcement was made by Perpetuus, stating that following 18 months of close collaboration between Perpetuus and Vittoria scientists, development work along with extensive laboratory to terrain testing has been completed on the first commercial elastomer to contain hybrid graphene fillers for the tire industry. 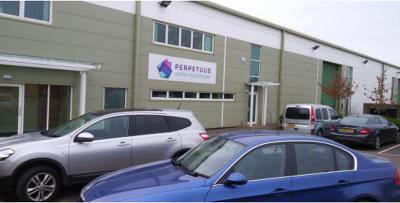 According to the statement, a new standard for nano surface engineered graphenes for cycle tires has now been established. This next generation graphene technology reportedly enables Vittoria to produce tires that are superior to all others within the cycle tire market.

Vittoria’s Generation II range of tires are currently “on the road” and have now been officially launched in a Bangkok-based event on the 25th of February 2019.

Perpetuus Director Ian Walters stated: “It’s been a pleasure working in the professional environment offered within the Vittoria Advanced Tire Development Facility, with a team of scientists and technicians who have established genuine know-how regarding the inclusion of graphenes into elastomeric tire compounds. Perpetuus are looking forward to launching further products in tire and other fields later this year and early 2020”.

International wheel and tire producer Vittoria has already been developing graphene-enhanced products, and has even launched a range of bicycle wheels that are built from graphene-enhanced composite materials. These first-gen graphene wheels were developed in collaboration with Italian graphene and materials producer Directa Plus (who also supplied the graphene). Now Vittoria's second-gen wheel were designed with Perpetuus' graphene.