A team of researchers from Stanford University, University of Washington, The Charles Stark Draper Laboratory, University of Maryland and MIT have reported the design of an energy-efficient, silicon-based non-volatile switch that manipulates light through the use of a phase-change material and graphene heater.

Data centers are dedicated spaces for storing, processing and disseminating data, that enable various applications, from cloud computing to video streaming. In the process, they consume a large amount of energy; As the need for data use grows, so does the need to make data centers more energy-efficient.

Researchers at Shanghai Jiao Tong University, Stanford University, and other US and China institutes have designed a strategy for creating graphene nanoribbons (GNRs) with smooth edges that are below 10 nm in width. This new method is based on the use of squashed carbon nanotubes (CNTs).

The team explained that the idea behind this new work is that if carbon nanotubes (CNTs) can be squashed into GNRs, it would be possible to produce narrow (sub-5-nm wide) GNRs from CNTs that have small diameters. The team said that the GNRs prepared using this method would be much narrower than those obtained by previous methods.

Scientists from UC Berkeley and Stanford University have captured the real-time electrical activity of a beating heart, using a sheet of graphene to record an optical image â almost like a video camera â of the faint electric fields generated by the rhythmic firing of the heart’s muscle cells. 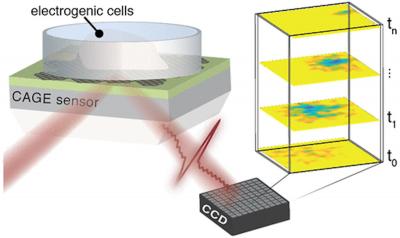 The 'graphene camera' is a new type of sensor that could prove useful for studying cells and tissues that generate electrical voltages, including groups of neurons or cardiac muscle cells. To date, electrodes or chemical dyes have been used to measure electrical firing in these cells. But electrodes and dyes measure the voltage at one point only; a graphene sheet measures the voltage continuously over all the tissue it touches.

The Coronavirus pandemic has been having a significant impact on the graphene market and industry. Even before the pandemic, graphene has already received much attention due to promising antimicrobial properties and demonstrated antiviral efficacy. However, there is no denying the recent urgency to put these traits to good use in combating the Coronavirus.

More than a few companies have launched graphene-enhanced textiles, inks and coatings, incorporated into personal protective gear (face masks, gloves etc.), and applications like air filters and room cleansers have been developed. 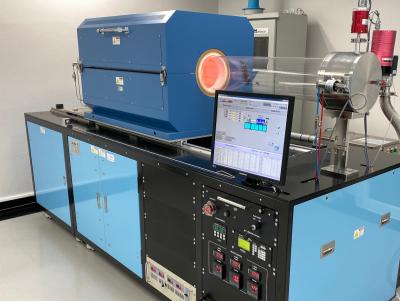 planarTECH, founded in 2014, supplies CVD equipment for the production of high quality graphene sheets, as well as other 2D materials. The company was focused on research institutes, and already sold over 65 systems with a customer list that includes Manchester University, the University of Cambridge, Stanford University and the National University of Singapore.

Researchers from Stanford, NIST, Theiss Research and several others have designed a new heat protector that consists of just a few layers of atomically thin materials, to protect electronics from excess heat. 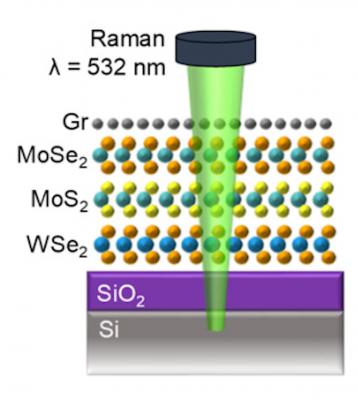 Cross-section schematic of Gr/MoSe2/MoS2/WSe2 sandwich on SiO2/Si substrate, with the incident Raman laser

The heat protector can reportedly provide the same insulation as a sheet of glass 100 times thicker. We’re looking at the heat in electronic devices in an entirely new way, said Eric Pop, professor of electrical engineering at Stanford and senior author of the study. 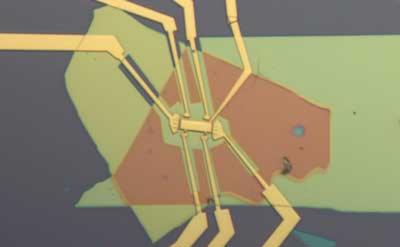 We were not aiming for magnetism. We found what may be the most exciting thing in my career to date through partially targeted and partially accidental exploration, said study leader David Goldhaber-Gordon, a professor of physics at Stanford’s School of Humanities and Sciences. Our discovery shows that the most interesting things turn out to be surprises sometimes.

As electronics keep shrinking in size, several problems arise. One of these is that the copper wires that connect transistors to form complex circuits need to be very thin, but carry so much current that can cause them to break apart due to atoms being knocked out of place. One way of solving this, studied by a group led by Stanford University, is to wrap copper with graphene. The group found that this can alleviate this major problem called electromigration.

This was presented at a recent IEEE meeting that addressed the coming problems for copper interconnects and debated ways of getting around them. Growing graphene around copper wires can help prevent electromigration, and also seems to bring down the resistance of the copper wires. Generally speaking, the narrower the wire, the higher its resistance. Interconnects have had to shrink while increasing the current densities by 20 times, said Intel Fellow Ruth Brain at the meeting.

Researchers at Stanford University have recently demonstrated a graphene-based high efficiency thermal-to-electricity conversion technology, called thermionic energy convertor. By using graphene as the anode, the efficiency of the device is increased by a factor of 6.7 compared with a traditional tungsten anode. This technology can work in a tandem cycle with existing thermal-based power plants and significantly improve their overall efficiencies.

Hongyuan Yuan and Roger T. Howe, among the leading researchers in the Stanford team, explain that one of the major challenges for wide adoption of TECs is high anode work function, which directly reduces the output voltage as well as the net efficiency. The theoretical maximum efficiency for a TEC with a 2 eV work function anode is 3% at a cathode temperature of 1500 K, compared to an astonishing 10-fold increment to 32% with a 1 eV work function anode.

Researchers at the Berkeley Lab and Stanford University have used graphene as the film of an ultra-sensitive camera system designed for visually mapping tiny electric fields in a liquid. The new platform should permit single-cell measurements of electrical impulses traveling across networks containing 100 or more living cells. The researchers hope it will allow more extensive and precise imaging of the electrical signaling networks in our hearts and brains. Additional potential applications include the development of lab-on-a-chip devices, sensing devices and more. 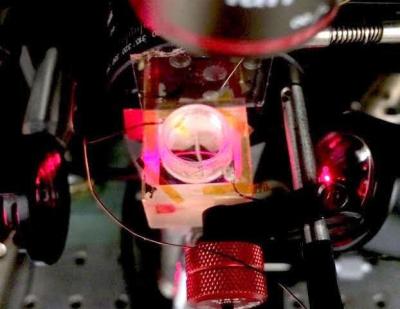 The team explains that the basic concept was examining how graphene could be used as a general and scalable method for resolving very small changes in the magnitude, position, and timing pattern of a local electric field, such as the electrical impulses produced by a single nerve cell. Other techniques have been developed to measure electrical signals from small arrays of cells, but these can be difficult to scale up to larger arrays and in some cases cannot trace individual electrical impulses to a specific cell. In addition, this new method does not perturb cells in any way, which is fundamentally different from existing methods that use either genetic or chemical modifications of the cell membrane.