Researchers from the University of Exeter developed a new chip that combines a thermoacoustics graphene-based speaker, amplifier and graphic equalizer. A thermoacoustics speaker creates sounds by heating and cooling the thin graphene membrane rapidly by an alternating electric current - and the transfer of the thermal variation to the air causes it to expand and contract, thereby generating sound waves. 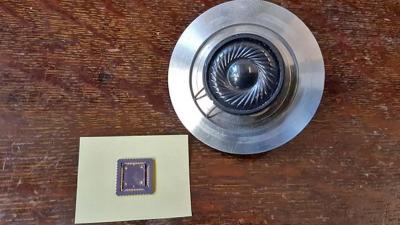 Thermoaccoustic speakers based on graphene has been demonstrated before, but the Exeter researchers are the first to embed such a speaker, an amplifier and a graphic equalizer on a millimetre-sized device. The researchers see possible applications in ultrasound imaging, telecommunication and maybe even intelligent bandages that monitor and treat patients directly.

Using graphene to drive speaker membranes is an interesting research area. The earliest report was in 2011 when researchers from Korea developed a transparent speaker made from Graphene. In 2013 researchers demonstrated a graphene-based speaker that can outperform the best commercially-available earphones. 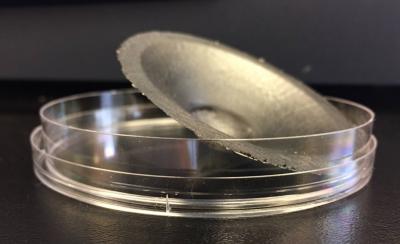 Yesterday we posted about a new graphene-based speaker patent awarded to Apple. Apple's patent (filed in 2015 and awarded in early 2017) details an audio device that uses a diaphragm made from a graphene-enhanced composite material. Apple's graphene membrane can be used in a speaker, microphone or headphone device, and the patent specifically includes an image of an iPhone device as an example application.