Thermal transport in graphene is a thriving area of research, thanks to graphene's extraordinary heat conductivity properties and its potential for use in thermal management applications.

Graphene is considered an excellent heat conductor, and several studies have found it to have unlimited potential for heat conduction based on the size of the sample, contradicting the law of thermal conduction (Fourier’s law) in the micrometer scale. In both computer simulations and experiments, the researchers found that the larger the segment of graphene, the more heat it could transfer. Theoretically, graphene could absorb an unlimited amount of heat.

The thermal conductivity increases logarithmically, and researchers believe that this might be due to the stable bonding pattern as well as being a 2D material. As graphene is considerably more resistant to tearing than steel and is also lightweight and flexible, its conductivity could have some attractive real-world applications.

But what exactly is thermal conductivity?

Heat conduction (or thermal conduction) is the movement of heat from one object to another, that has a different temperature, through physical contact. Heat can be transferred in three ways: conduction, convection and radiation. Heat conduction is very common and can easily be found in our everyday activities - like warming a person’s hand on a hot-water bottle, and more. Heat flows from the object with the higher temperature to the colder one.

Thermal transfer takes place at the molecular level, when heat energy is absorbed by a surface and causes microscopic collisions of particles and movement of electrons within that body. In the process, they collide with each other and transfer the energy to their “neighbor”, a process that will go on as long as heat is being added.

How can graphene’s exciting thermal conduction properties be put to use?

Some of the potential applications for graphene-enabled thermal management include electronics, which could greatly benefit from graphene's ability to dissipate heat and optimize electronic function. In micro- and nano-electronics, heat is often a limiting factor for smaller and more efficient components. Therefore, graphene and similar materials with exceptional thermal conductivity may hold an enormous potential for this kind of applications.

Graphene’s heat conductivity can be used in many ways, including thermal interface materials (TIM), heat spreaders, thermal greases (thin layers usually between a heat source such as a microprocessor and a heat sink), graphene-based nanocomposites, and more.

A couple of months ago WearGraphene sent us one of their Gamma graphene-enhanced jacket. We posted our review in early May, and today the company sent us a custom 10% discount coupon (GRAPHENE10) to share with our readers. You can find out more, and order the graphene jacket here.

The jacket uses graphene in two ways. Graphene is infused into the coat, with an aim to achieve thermo-regulation, and the jacket also includes graphene heating elements, in the pockets, and in the back. Read our full review here.

Graphene-enhanced wallpaper for heating homes is being trialed in Wales

A social housing development in Wales is reportedly being heated by graphene-enhanced wallpaper by NexGen Heating, as part of a trial exploring affordable alternatives to radiators and heat pumps to keep residents warm.

The graphene heating system, which aims to look and feel just like traditional wallpaper, can be plugged into a domestic socket, and is packaged with solar panels and a smart battery, meaning it cuts emissions while vastly lowering fuel costs.

Q36.5, producer of advanced cycling clothing, has launched a line of bike shirts made of yarn that integrates graphene in the fabric (rather than using the material as a treatment). 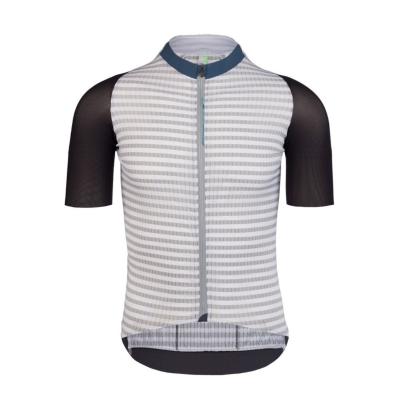 The "Clima Jersey" line is said to be made from a polyester fabric infused with graphene, and takes advantage of graphene’s conductive and heat dissipation properties to provide cutting edge thermoregulation, helping the wearer to stay cool and dry during hard efforts.

WearGraphene recently launched its Gamma graphene-enhanced winter jacket. I have spent a couple of months with this jacket, including two trips to Europe during the springtime, and here's my review.

First of all, the jacket looks very sleek (in my opinion, of course), the material feels of high quality. It is quite light, and packs very easily. There are many pockets, Velcro bands and drawstrings, which is really useful and helps you to customize this jacket so that it fits perfectly.

The Honor Magic 4 Pro is about to be launched, and it is said to join a long list of mobile devices with graphene-based cooling technology.