Graphenea launched two new products out of its Graphene Foundry, which they call mGFET or miniGFET. This is Graphenea's highest value-chain products, which are manufactured and packaged in chip carriers, and can be used together with the freshly released Graphenea Card for seamless sensor development. 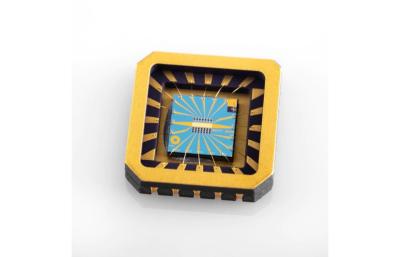 The mGFET is available from $99, and as it is a fully-package device, it is ready to be integrated into standard electronics. Order volume can range from a few devices for early prototyping, to JEDEC trays with hundreds of devices which are compatible with automated pick & place routines.

Graphenea says that the new products embody several steps of the manufacturing chain of today’s electronic products. Manufacturing starts with fabrication of a large number of devices at a wafer level, where combinations of different steps are used to create the miniaturized structures that power today’s world. The wafers are then diced into individual dies, and packaged into chip carriers with different form factors. The most commonly employed method to interface the nano- and micrometric structures and the macroscopic chip carrier is wirebonding, during which tiny wires are attached from the chip to the carrier through ultrasonic welding. After final testing, these devices are sent to the integrated device manufacturer (IDM) for final assembly into sockets of the printed circuit, which will be assembled with other components to make a final product. 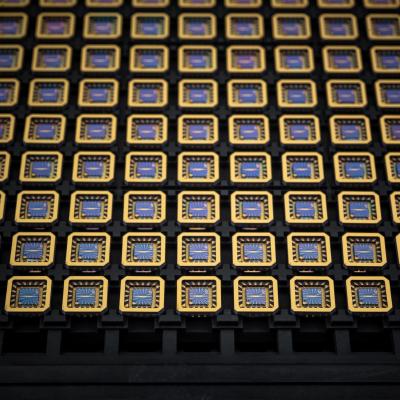 The mGFET products are nearly at the end of this manufacturing chain, past the testing stage.The mGFET S4x4 products are based on a 4x4 mm2 die, which contains 7 single channel transistors and 7 three-channel transistors, totaling 28 graphene channels to pick up signals from. The devices are passivated with either a high-K dielectric (S4x4) or a polymer (S4x4P) and the die also has a central electrode which can be used as an electrode in liquid measurements. After wirebonding to a leadless chip carrier, which ensures an optimal electrical connection, every single one of the transistors is tested to ensure a device yield of >85%.