» IBM develops method to use graphene to deposit...

The Industrial Technology and Science group in IBM Research-Brazil, along with other academic collaboration partners, has reportedly proven for the first time that it is possible to electrify graphene so that it deposits material at any desired location at a solid surface with an almost-perfect turnout of 97%. Using graphene in this way enables the integration of nanomaterials at wafer scale and with nanometer precision. 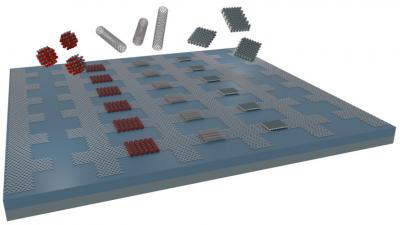 Not only has this new work shown that it is possible to deposit material at a specific, nanoscale location, it was also reported that this can be done in parallel, at multiple deposition sites, meaning it’s possible to integrate nanomaterials at mass scale. This work has been patented.

The IBM team stated that the method works regardless of the nanomaterial’s shape, for example, with quantum dots, nanotubes, and two-dimensional nanosheets. The researchers have used the method to build functioning transistors and to test their performance. In addition to integrated electronics, the method may be utilized for particle manipulation and trapping in lab-on-chip (microfluidics) technology.

The advancement in using graphene for nanomaterial placement could be used to create next-generation solar panels, faster chips in cell phones and tablets, or exploratory quantum devices, like an electrically controlled, on-chip quantum light emitter or detector. Such a device is able to emit or detect single photons, a prerequisite for secure communication.

This latest research suggests that graphene could enable the integration of nanomaterials that standard materials (used today) are not able to do. This could pave the way for its inclusion into industrial-scale electronics manufacturing. By working with industrial partners, IBM hopes to accelerate the knowledge generation, technology development and adoption of this bottom-up method for integration of nanomaterials.