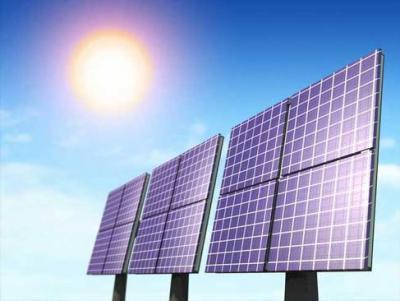 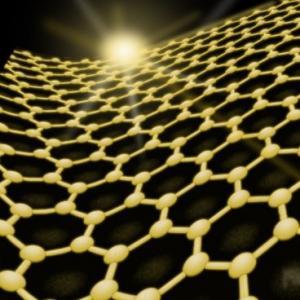 While graphene-based solar cells are not currently commercially available, some efforts are bearing fruit in regards to the use of graphene in auxiliary aspects of PV. One such example is ZNShine Solar's G12 evolution era series - comprised of a 12-busbar graphene module, 5-busbar graphene module and double-glass graphene module. According to reports, the application of ZS's graphene film layer increases light transmission performance of the glass itself. In addition, Znshine Solar's modules are self-cleaning. In July 2018, ZNShine Solar won the bid to provide 37.5MW of PV modules to Bharat Heavy Electricals Limited (BHEL), India's largest power generation equipment manufacturer. According to the contract, 10% of the shipment will be graphene-coated solar panels.

Q: We understand that the Graphene Flagship is attending Enlit Europe 2022, showing some new graphene R&D projects. We'll be happy to get an overview of what will be displayed at the event.

At Enlit Europe, the Graphene Flagship exhibited innovations from its Spearhead Projects, which are industry-led initiatives working to move materials from research labs towards commercial applications. Among these initiatives are:

Nanotech Energy Europe, a fully owned subsidiary of Nanotech Energy, has announced it has signed a purchase agreement to supply 1+ GWh size BESS (battery energy storage systems), based on graphene technology, through 2028 to Smile Energy in Athens, Greece.

Nanotech stated that the partnership with Smile Energy will allow the immediate expansion of Nanotech's energy storage business to a region which has committed to developing the world's preeminent solar infrastructure. Together, Nanotech and Smile will play a role in supporting Greece and the surrounding region to take the next steps to ensure stability of infrastructure and continuity of energy supply. 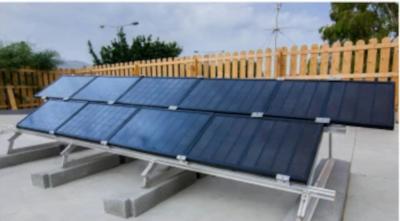 Zero Emissions Developments (ZED) is an Australia-based company that has announced the development of a technology to build longer lasting, greener, more efficient and more affordable graphene-based solar and EV batteries. It is now seeking AUD$30 million (around USD$22,300,000) in private investment to build a manufacturing plant that will produce these batteries.

The planned manufacturing plant will produce the PowerCap batteries in southeast Queensland through the entity, PowerCap Un Ltd.

Recent research has shown that the incorporation of graphene-related materials improves the performance and stability of perovskite solar cells. Graphene is hydrophobic, which can enhance several properties of perovskite solar cells. Firstly, it can enhance stability and the passivation of electron traps at the perovskite’s crystalline domain interfaces. Graphene can also provide better energy level alignment, leading to more efficient devices. 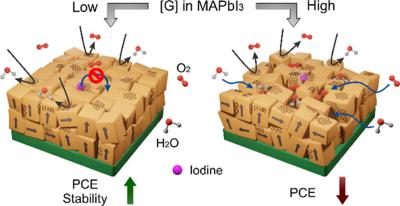 In a recent study, Spain-based scientists used pristine graphene to improve the properties of MAPbI3, a popular perovskite material. Pristine graphene was combined with the metal halide perovskite to form the active layer of the solar cells. By analyzing the resulting graphene/perovskite material, it was observed that an average efficiency value of 15% under high-stress conditions was achieved when the optimal amount of graphene was used. 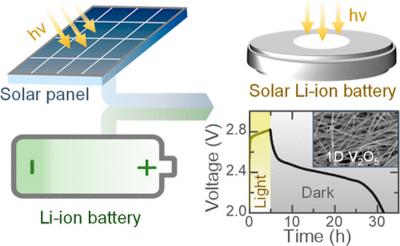 The idea is to simplify how solar energy is harvested and stored, says Michael De Volder, a mechanical engineer at the University of Cambridge who led the work. If the team can improve the efficiency and lifetime of the hybrid device, its cost will likely be lower than combining solar cells and batteries. For the price of a battery, you get both functionalities, he says.

A research team, led by Dr. Luigi Angelo Castriotta at the at University of Rome Tor Vergata's CHOSE Center for Hybrid and Organic Solar Energy, has reported impressive results on methylammonium free perovskites processed in air, using a scalable technique based on infrared annealing and potassium doped graphene oxide as an interlayer.

The team reached excellent efficiencies of 18.3% and 16.10% on 0.1cm2 cell and on 16cm2 module respectively, with enhanced stability compared to the standard multi cation reference.

Researchers at Northwestern University and Clemson University in the U.S, along with researchers from Sejong University in Korea, have examined the origins of degradation in high energy density LIB cathode materials and developed graphene-based strategies for mitigating those degradation mechanisms and improving LIB performance.

Their research could be valuable for many emerging applications, particularly electric vehicles and grid-level energy storage for renewable energy sources, such as wind and solar.

Researchers from the University of Nottingham’s Centre for Additive Manufacturing (CfAM) have reported a breakthrough in the study of 3D printing electronic devices with graphene.

Characterization of the fully inkjetâprinted graphene/hBN FET. Photo from article

The scientists utilized an inkjet-based 3D printing technique to deposit inks that contained flakes of graphene, in a promising step towards replacing single-layer graphene as a contact material for 2D metal semiconductors.

Researchers led by Professor Tony McNally, from WMG, at the University of Warwick, in partnership with Senergy Innovations, have launched the first nanomaterial enabled all polymer solar thermal cell. This achievement was supported by funding from BEIS (Department for Business, Energy & Industrial Strategy). 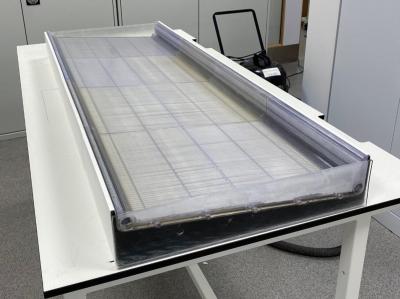 The thermal properties of the polymers that were used were modified to enable heat from sunlight to be transferred with high efficiency to heat water in a low cost and sustainable way. The modular design of the cells reportedly allows for the rapid construction of a solar thermal cell array on both domestic and industry roofing.