Last month we launched a new feature - Experts Roundup. In this feature we ask graphene professionals to answer a short graphene related question. Last month's question was "will CVD ever be a viable commercial way to produce graphene?" and we got great response to that. Hopefully this month feature will be just as good. 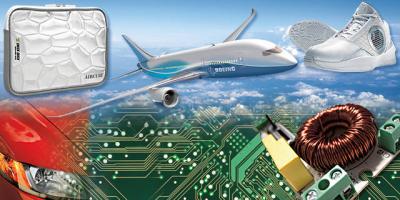 In the growing field of graphene-enhanced composites, especially plastics, how does graphene oxide fit in? Does it have any significant advantages over graphene?

Ian Fuller, VP business development & engineering, Angstron Materials : I would classify graphene oxide as a functionalized graphene nanomaterial. Functionalization, in general, allows for tailored nanomaterials for applications such as polymer nanocomposites. The oxygen-based groups on the surface of graphene oxide often promote coupling between the polymer and the nanomaterial leading to enhanced properties such as strength and quality of dispersion (however, electrical and thermal conductivity are often reduced). Similarly, other functional groups can be added to the surface of a graphene platelet to customize it for a range of applications and polymers.

Elena Polyakova, CEO, Graphene Labs: If one looks at Thermogravimetric Analysis (TGA) for GO, it is clear that GO undergoes significant weight loss at T<200 C. It make it not well suited for extrusion, the most common method of preparation of nano-composites. On the other hand, surface groups of GO can be used for further functionalization, and compatibility of specific polymer and graphene filler can be significantly improved. Overall, academic research so far failed to provide us with a proof that GO is an good candidate for polymer reinforcement, and other nano-materials (such as carbon black and nanotubes) show more significant improvement of properties of neat polymer matrix.

Jesus de la Fuente, CEO, Graphenea: The main advantages of Graphene Oxide (GO) are that it's real monolayer, high yield, energy efficient, industrial scalable process and highly reproducible. It is possible to produce it in an efficient and clean process - as we have done here at Graphenea. The functional groups in the Graphene Oxide allows the integration and dispersion in the matrix. These advantages combined with in-situ reduction routes makes GO a very promising technology.

Ray Gibbs, CEO, Haydale: “Unlike its sister material Graphene, GO (Graphene Oxide) is an insulator and not a conductor, but it can still be used as a thermal heat dissipation. So any application requiring an insulating barrier that dissipates heat should look at GO. Think of the auto industry and you have multiple applications right there!”

Gaute Juliussen, CEO, Graphitene: "Applications for GO in plastic are where strength and conductivity are not important. I do not believe that graphene oxide has advantages over graphene apart from its easy dispersibility (considering its hydrophilic character) in polymer matrices. What is more, graphene oxide is an electrical insulator, due to its disrupted sp2 network."

Bernhard Münzing, Sales Director, The Sixth Element: Graphene oxide can be regarded as randomly functionalized graphene. If you use GO in very early stage of your production chain, GO offers a lot of advantages for mechanical properties. If you are looking for thermal or electrical properties GO will not be the product of choice.

David Crossley, Senior Technical Manager, William Blythe: For any form of graphene to be used in plastics the benefit it gives must outweigh the cost of the graphene. Therefore I believe it is important that the graphene must be used at low addition levels to be commercially viable. In order to be effective at low addition levels it is critical that the graphene is present in single or few layers with no agglomeration. I see graphene oxide which can be easily dispersed into single sheets in polar solvents as the ideal way of achieving this during compounding. The single layer sheets of graphene oxide once trapped during compounding can then be thermally reduced to graphene in the plastic if required for example to impart conductivity. 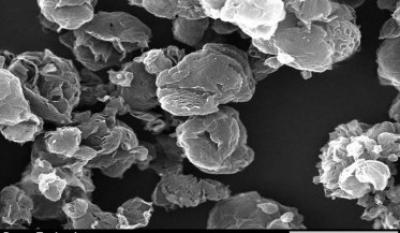 Dr. Vyom Parashar, Technical Director, RS Mines: When we have more oxygen content then graphene is non-conductive. If the oxygen content is less, then it is conductive. Depending on the application both GO and rGO can be used as part of composite (plastic). For example if someone is looking for conductive plastic then we need to have graphene which has less oxygen content or say reducing graphene oxide to C/O ratio above 6.

In nutshell GO gives the advantage over graphene in many ways which are: GO can be made in large quantity; Oxygen content can be tuned; Other functional groups can be introduced to make specific bonds with polymers or plastic. To coat Graphene (pristine or say single or few atomic layer) on plastic substrate is not a viable approach to begin with in terms of cost and scale-up as a commercial viable product. However, with RS Mines’ vein graphite we have superior properties on the orientation whereas oxygen content is just a matter of chemistry.

While this provides an interesting perspective, I don't think that the experts really answered the question. Graphene oxide (GO) is an interesting material. While the article focused on the differences between pure GO and Graphene I think it is more interesting to discuss what commercial benefits are available to GO.

First, GO can be produced in larger quantities and lower cost that Graphene. This enables a host of applications and enhances long-term commercial viability.

Second, GO is able to be easily functionalities. This allows for stable dispersion in solution and customized formulations for a host of applications.

In many ways GO and Graphene are completely different materials. While many people like to link them by name or structure, they couldn't be more different. I am sure the experts are aware of this point.

Over time, we will see this difference reflected in what commercial applications each material goes into. For example, GO will likely focus on toughening agents while Graphene will focus on conductive coatings. Both have their benefits. But each is very different

Regardless, interesting topic and discussion!