Graphene has many potential applications in the audio industry, and many companies have recently released graphene-enhanced audio devices (including headphones, earphones and interconnects). Ari Pinkas, the co-founder of Ora Graphene Audio, was kind enough to answer a few questions we had for him regarding the audio industry, graphene adoption, and the company's own graphene oxide based driver technology.

Q: Hello Ari, thank you for the interview. How long has Ora been involved in graphene research?

While Ora’s graphene technology is based on 2013 research done at McGill University in Montreal, Canada, our scientists have been working with the ‘wonder material’ for over a decade. Before founding the company, Ora’s technical team worked with General Motors on applying graphene oxide to battery anodes for electric vehicles at McGill. Earlier in his career, Ora’s VP Technology, Sergii Tutashkonko, was in Nagoya, Japan, hard at work applying CVD graphene to solar cells.

Ora was formed after receiving funding from a Montreal based technology incubator, TandemLaunch, who saw the value of our team’s graphene expertise. After funding, Ora quickly furthered its know-how by acquiring IP from Northwestern University on graphene deposition techniques that could be developed and adapted into a scalable industrial process. The team has subsequently spent the past 2 years refining the technology and optimizing the production process.

We also launched a very successful crowdfunding campaign in 2017 for a premium pair of headphones featuring our proprietary graphene membranes. The success of that campaign helped introduce the potential of using graphene in acoustic applications to both relevant researchers and commercialization players. We continue building upon our existing relationships with major research and academic institutions and plan to become more involved in the major graphene industry associations. And of course, we continue to hire materials scientists, chemists, and process/mechanical engineers to further advance our core technology. 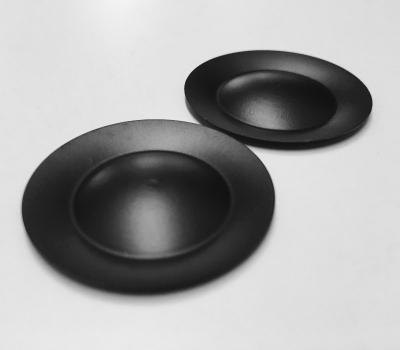 Q: How do you see the reality of graphene commercialization today?

Over the last 15 years, we’ve seen headline after headline touting graphene as the next wonder material. From solving global water scarcity to making computers 10,000x faster, the path from promise to commercialization has felt particularly long. However, this wasn’t unexpected- it is known that new materials require long development timelines before becoming widely available.

Since graphene was first isolated in 2004, researchers across the globe have been discovering applications for graphene and, more importantly, methods to produce it. Undeniably, the primary reason holding back the mainstream adoption of this promising material has been the fact that it is hard to produce high quality graphene at scale. Luckily, there have been recent advances (even breakthroughs) towards mass production of both graphene raw materials and membranes. The big challenge is up-scaling production while maintaining the exciting properties of graphene. Even the smallest of defects will negatively disturb the stiffness, low density, electrical conductivity, thermal conductivity and all the other great properties that are specific to graphene.

As it stands, current production techniques do not yield sufficient amounts of graphene for use in large-scale industry projects. And even achieving these low yields is prohibitively expensive. For this reason, most of the recent graphene investments have focused on facilitating the high-level production of graphene. To date, other than Ora, there have been very few cases of graphene enabled applications hitting the market, where the vast majority of the product’s content (95% in Ora’s case) is actually graphene.

Q: What do you see as the biggest challenges to widespread adoption of graphene enabled products?

As we mentioned, the biggest hurdle to date has been the lack of reliable and affordable production techniques. Until companies can mass-produce graphene for specific applications, we won’t see the material reach its full potential. In the audio market, we believe we have reached that critical juncture with Ora’s GrapheneQ and are actively engaged with major consumer electronics companies to plan product rollouts.

One of the biggest challenges we see in promoting graphene in the audio world is adjusting expectations against the overhyped promises that were made in the material’s infancy. It is becoming difficult for the manufacturers and consumers to distinguish marketing claims from real technologies. The problem arises when consumer product companies look to capitalize on the marketing hype by adding small amounts of graphene flakes to their products and claiming “graphene” in their literature. These graphene “enhanced” solutions don’t really achieve any of the material property goals of graphene scientists. They are merely marketing-ware and do nothing for the industry except invite charges of industry overhype.

Consumers and manufacturers should first know that there is a difference between theoretical graphene and practically applied graphene. No instance of productized graphene will match the ideal theoretical performance characteristics in the near future. However, some early graphene materials, like GrapheneQ from Ora, are the first to demonstrate the incredible potential in real product situations. Having a classification or grading scheme to distinguish between the theoretical, the practical and the misleading properties of today’s graphene would be very helpful.

Ora would welcome an industry association or academic institution taking the charge to grade graphene materials on how closely they achieve the expected material properties. Every commercially viable material has to go down this route sooner or later and the fact that key entities like Manchester University and Graphene Flagship are starting to pay more attention to standardization is great news.

I believe, as an industry, we did ourselves a disservice in focusing on graphene’s ultimate theoretical capabilities prior to establishing credible realistic metrics. As a result, many are disappointed to learn that you cannot actually lift an elephant on a single layer of graphene today.

Q: Why is the audio and loudspeaker industry so interested in graphene?

Loudspeakers are an exciting application because there is a great deal of room for improvement. It turns out that loudspeakers are incredibly inefficient. The technology has not evolved significantly in the last century. Less than 1% of the power from an amplifier is actually converted into sound, making loudspeakers one of the least efficient technology still in wide use today. 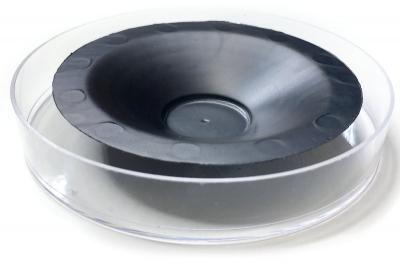 There are 3 main reasons why graphene has audio engineers excited. They include:

Audio companies claiming to use graphene today are all using a “spray coated” method that allows them to claim the use of graphene. The process takes a polymer sheet, sprays the polymer with an adhesive and then attaches flakes of graphene to the surface of the polymer. Ora’s scientists have analyzed samples of this type of material and concluded that the Young’s Modulus (stiffness) and density are not significantly improved from the polymer alone. The graphene flakes are not bonded together to form a continuous layer of graphene. Instead, the flakes are randomly attached to the surface of the polymer providing no measurable improvement over the use of the polymer alone.

This “spray coated” graphene material is produced by a Chinese manufacturer, who has made it available in the headphone loudspeaker supply chain. The Young’s Modulus is low, about 2.8GPa, no more than one would expect from PET alone. While a graphene spray coated compound could provide as much as 7 GPa in stiffness, Ora’s GrapheneQ is currently 35-55 GPa. Based on our current roadmap Ora expects to reach a Young’s Modulus of 70-100 GPa.

Q: Where does this all go next? What is the future for graphene and acoustic applications?

Given the natural fit between graphene’s near-term potential and the pain points associated with acoustic transducers, we expect graphene’s adoption across audio categories to be extremely rapid. Whether they be headphones, portable speakers, televisions, hearing aids or even smartphones, all audio transducers today could benefit from the killer mechanical properties that graphene provides.

Q: So what is unique about ORA’s graphene technology?

Ora’s chemists and materials scientists have dedicated the last few years developing GrapheneQ, a nanomaterial with a rare combination of high stiffness, low density and great damping factor, making it an ideal material for loudspeaker membranes.

GrapheneQ is over 95% graphene oxide by weight and is formed by depositing flakes of graphene into thousands of layers that are bonded together with proprietary cross-linking agents. Rather than trying to form one continuous layer, Ora stacks flakes of graphene together into a laminate material that preserves the exciting mechanical properties.

It is worth noting that Ora not only developed an exciting material for the audio industry, we also established and patented an innovative manufacturing technique, which is easily scalable, yields membranes at commercially viable costs, and allows us to form the material into complex geometries with very high precision.

Q: When do you expect we will see Ora’s GrapheneQ show up in consumer products?