» The supercapacitor market is set to take off, and...

Analysts from IDTechEx estimate that the global supercapacitor market is around $1.5 billion in annual sales, following several years of decline. IDTechEx, however, believes the market bottomed out in 2018-2019 and is set now for a sustained period of strong growth.

IDTechEx explains that the market is expected to grow quickly in the coming years, as companies are expected to increase the use of supercapacitors over batteries in electric and hybrid cars as the customers are seeking faster charging and safer transport. Allied Market Research estimates that the Supercapacitor market will grow at a CAGR of 28.7% from 2016 to 2022 and will reach $6.3 billion in 2022, while India-based also sees a fast growth rate of 22% from 2016 to 2022, and estimates a $4 billion market in 2022. Both market research companies did not see the down year in 2016-2019, but it is still interesting to note these market forecasts. 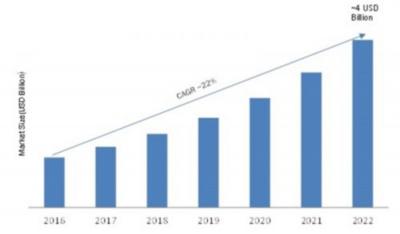 IDTechEx says that there are two primary limitations that hold back wider adoption of supercapacitors - energy density and price. But these issues will be largely overcome in the future. IDTechex says that market trends to fastest charging, providing pulse power, safe transport, no expensive materials and no issues of disposal are increasingly favouring supercapacitors over batteries.

Graphene has great potential for the supercapacitor market as one of the next-generation materials that are set to overcome the energy density problem. In fact supercapacitors is one of the first markets that successfully adopts graphene commercially.

A study led by the US Naval Surface Warfare Center in Philadelphia, along with researchers at the University of Texas at Arlington, has compared the performance of supercapacitors from four different manufacturers: Maxwell, Ioxus, JM Energy, and Skeleton. Of the four tested, only the Skeleton supercapacitors are graphene-enhanced, and the researchers found that the Skeleton cell far outperformed the other cells tested, and graphene was mentioned as the probable cause for this efficiency.

In China, many companies are working to develop graphene supercapacitors, and some display impressive preliminary success – like GMCC, that offers such products for sale.

To find out more about graphene-enhanced supercapacitors, which are the leading companies and recent research and commercial activities, consult our hands-on Graphene Supercapacitors Market Report. 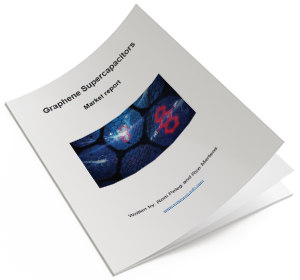 The report package provides an introduction to the graphene supercapacitors market - present and future. It includes a list of all graphene companies involved with this market, discusses the latest research activities and includes market forecasts. Find out more and download our market report today!