G6 Materials is launching new ready-to-use graphene-enhanced electrically-conductive adhesives. The G6 Epoxy materials are made from from graphene and silver, and these adhesives are ready-to-use, excellent for quick and easy applications. 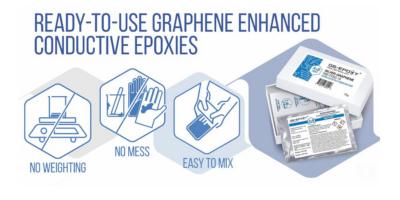 G6 Materials has opened an Amazon shop, where you can find a broad range of innovative electrically conductive adhesives based on the company's proprietary fillers. The mixing procedure does not require any additional materials, keeping your workspace clean and tidy.

Sparc announced today that after six months of testing, its graphene-based additives was found to offer up to 40% improvement in the anti-corrosive performance of atmospheric epoxy coatings. The company used commercially available epoxy coatings available from leading coatings manufacturers.

Italy-based Kemind Srl developed new graphene-enhanced glue concepts, that have been applied to its corrugating production process. It is reported that the new glue increases production efficiency, reduces costs and improves quality for several of Kemind's corrugated board products. 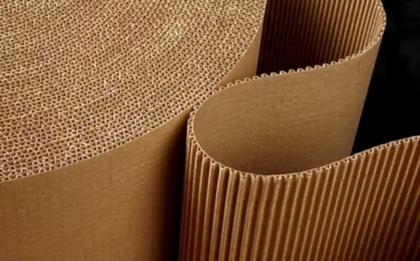 Kemind is using 2DFab's graphene, and the company reports that it is possible to achieve an increase of between 30-50% in the double and triple walled heavy grades production, while energy and glue consumption in single and double walled board grades can be reduced substantially.

Greece-based industrial paint producer Hydroton has launched a new graphene-enhanced zinc epoxy paint - the 23303 ZINCTON GNC. This is a two-component epoxy based coating that offers improved cathodic protection due to the addition of the graphene, compared to epoxy zinc rich primers. 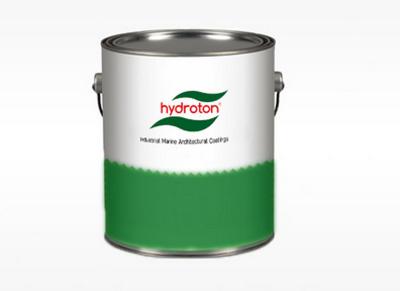 The new primer also offers improved adhesion to metal and as the zinc content is low, it is still cost effective. It is recommended for applications in highly corrosive environments.

The following is a sponsored post by Graphene Labs

Graphene nanoplatelets (GNPs), unique materials produced from natural graphite, are finding their way into a wide variety of commercial products including nanocomposites, lubricants, additives to battery electrodes, functional textiles, as well as many other applications. 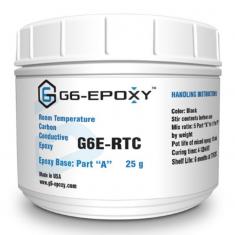 GNPs have quite a few outstanding properties that allow them to be employed in a broad spectrum of applications, including:

We discussed CealTech's technology and business with the company's marketing and sales manager, Michel Eid. Michael holds a Ph.D. in Solid Mechanics from the Ecole Polytechnique in France, and held various roles in engineeing, manufacturing, sustaining, sales, marketing and business development. Michel joined CealTech in January 2017.

Q: Hello Michael. CealTech is commercializing a patented 3D graphene production method. Can you give us some details on the process and the material you are producing?

Our production process is based on David Boyd’s technique as per Nature communications (DOI: 10.1038/ncomms7620), ‘Single-step deposition of high-mobility graphene at reduced temperatures’. In summary, the substrate is directly exposed to a low-pressure, microwave hydrogen plasma containing small amounts of methane as carbon source. During this process, vertical grown graphene flakes nucleate and arrange perpendicularly to the surface of the substrate forming a so-called 3D network of non-agglomerated graphene flakes.

China-based The Sixth Element Materials launched its graphene-zinc anti-corrosion primer back in 2015 together with his partner Toppen Technology, and the company has since performed extensive testing. TSE updates us that the material has now been deployed in China and has been used to cover several bridges and wind-turbines steel towers. 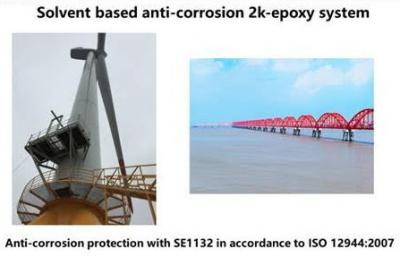 The Sixth Element graphene type SE1132 is added to Toppens 2k-epoxy primer system. TSE says that by adding 1% of graphene, one could reduce the zinc content in current anti-corrosion coatings from ~80% to 25%, and the the corrosion protection time is doubled. Reducing the zinc also means that this solution is less polluting. The main cost savings comes from the prolonged coating life which means that the time between coating renewal (which requires a lot of labor) is doubled.

Researchers from The University of Manchester have conducted a study that presents a review of the three steps of manufacturing graphene/epoxy nano-composites. The possible pre-treatments of nanoparticles before dispersion are introduced, and their influence on the final nanocomposite properties discussed.

The study stresses interesting results, among which are improvements in various characteristics via the use of GNPs. For instance, an improvement of the thermal diffusivity of 220% was seen when compared to a non-oriented GNP epoxy sample. The work demonstrates how the addition of functionalized graphene platelets to an epoxy resin will allow it to act as electrical and thermal conductor rather than as insulator. The mechanical properties of functionalized GNP/epoxy composites show improvement of the interfacial bond.

Thomas Swan has announced the launch of a high-performance graphene intermediate product for coatings formulators. The new Elicarb Graphene product is a cost effective, stable, easy to handle dispersion of Elicarb Materials Grade Graphene powder for formulation into epoxy-based coating formulations. The product is available now in liter quantities for testing and evaluation.

Thomas Swan has established a 20 tonne per year capability for the manufacture of Elicarb Graphene and Elinova Boron Nitride products at its UK manufacturing site in Consett, County Durham. Elicarb Graphene Epoxy Dispersion is a high performance intermediate product which is intended for further optimization and incorporation into customers’ existing proprietary coating systems. The graphene dispersion is targeted at improving corrosion resistance, thermal conductivity, chemical barrier and mechanical resistance in industrial coatings.

Haydale Composite Solutions are pleased to announce the production of graphene-enhanced electrically-conductive carbon fibre-reinforced composite materials with improved resistance to damage from a severe lightning-strike event.

Carbon fibre-reinforced composite materials, as used in many aerospace structures and components, are vulnerable to damage from lightning strikes. However, the addition of functionalised nano materials to the epoxy resin through the use of Haydale’s patented plasma functionalisation process, HDPlasâ ¢, has been demonstrated to significantly improve the electrical conductivity of the epoxy resin which allows the laminate to dissipate the energy of the lightning strike throughout the structure thereby reducing the localised heating which causes damage in a lightning-strike event. Importantly, these improvements have been achieved without any major issues with existing manufacturing processes.